After the moth traps had been opened at Foxley, the Norfolk Wildlife Trust warden led a walk around the wood. He was able to tell us about the history and management of the different areas of the wood, which is the sort of thing you can't get from just walking around on your own. Inevitably I wandered along staring into the undergrowth for insects, and this time I had a partner in crime as Stewart Wright was there looking for leaf-mining lepidoptera.

My two best finds both evaded the camera - my first Eared Leafhopper jumped away and my first Tortoise Shieldbug dropped off its blade of grass and I couldn't find it amongst the leaflitter. At the other end of the scale Stewart found a case of the micro moth Infurcitinea argentimaculella, only the fourth Norfolk record. This larva of this species makes a case then camouflages it with lichen. It's so good I could barely see it even when I was looking straight at it. I have highlighted it on the photo below. 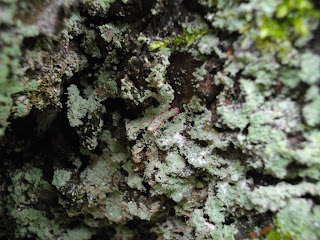 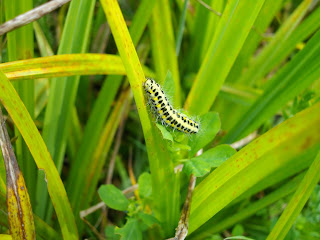 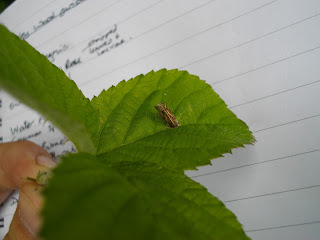 A case made by the larvae of the moth Psyche casta 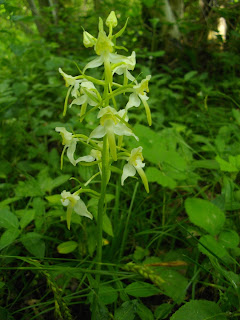