Last weekend I had intended to look for Hornet Moths at Thorpe St Andrew, however rain had thwarted me. These day-flying hornet mimics emerge from holes near the bases of poplar trees, and they are only usually seen early in the morning shortly after they emerge. Last year I saw some holes in the poplar trees at Thorpe Green, so I arrived early on Sunday to look for the moths. Sadly there were no moths or empty chrysalises, so it looks like they may no longer be present at this site.

It wasn't a complete waste though, as I saw a fungus growing on an exposed poplar root, which was later identified as Poplar Fieldcap (Agrocybe cylindracea), a new species for me. The local Muscovy was of course another highlight. I did walk down to Thorpe and scanned the marshes from the railway bridge, however the only thing of note was two fisherman trespassing on the newly fenced in shore of the broad. 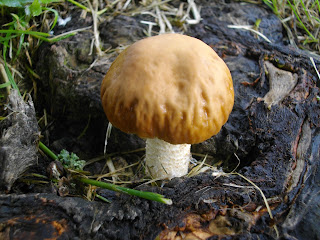 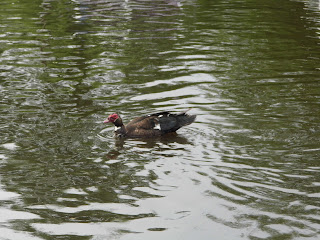