WHITLINGHAM: Damselflies and 100 birds for the year

After work I headed down to Trowse Meadow and Whitlingham. Light rain was falling, which had grounded damselflies along the riverbank. I saw at least seven Banded Demoiselles and a Large Red Damselfy, plus a similar range of insects to my last visit. 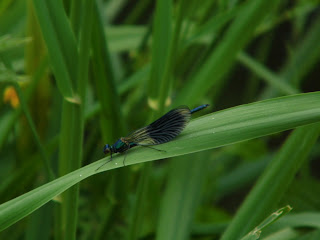 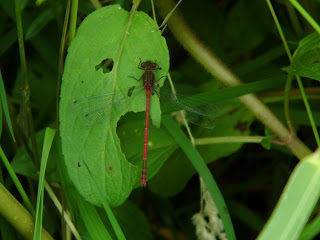 Carrying along down Whitlingham Lane I saw a metallic black beetle on an umbellifer. At home I was able to identify it as Chrysolina oricalcia. This is a fairly under-recorded species in Norfolk - county recorder Martin Collier says that there have been around ten modern records in Norfolk. As is often the case there are now about 12 - the day after mine it was also found in Earlham Cemetery. 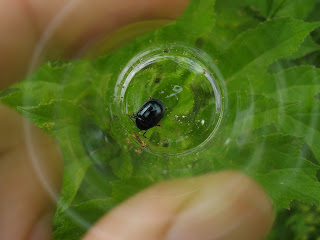 Arriving at Whitlingham I scanned over the broad and saw a Marsh Harrier circling above, belatedly my 100th patch bird of the year. It disappeared behind a tree and I was surprised to see it reappear much closer, only to find there were in fact two individuals, my first record of multiple birds over the C.P. With little of note on the broad I headed off into the picnic meadow. I had been told a few years ago that there are a few Bee Orchids here, but I've never found them. I did however find a Southern Marsh Orchid, a patch tick and a rather unusual species given the relatively dry meadow. 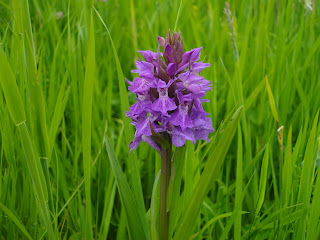 Whilst walking around I found another patch first, a Mother Shipton moth, and a new gall on Lime. 26 Woundwort Shieldbugs were also of note. Altogether a very productive evening visit. 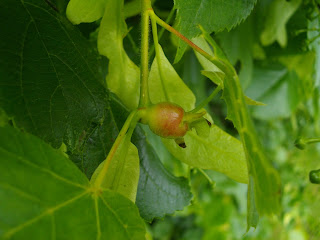 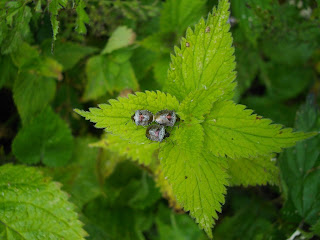