The time of year and belated good weather meant a busy weekend, so after returning from the North Norfolk coast I opted to to to Whitlingham to carry out the June WeBS counts. There were no surprises in terms of the bird life, although it was good to see three broods of Mute Swans. Usually there are at least four on nests around the site, but it is unusual to see more than one or two broods, presumably as a result of predation. I think the geese mainly breed on the island, where they have more protection against predators.

I tried to avoid being distracted by other wildlife so that I could carry out the count in reasonable time, but I didn't manage it. First thing of interest was a case-bearing moth case on Alder. Having been shown some of these type of cases at Wheatfen and seeing them at Salthouse too, I'm now picking them out more easily. Hopefully I can identify this one to species later. 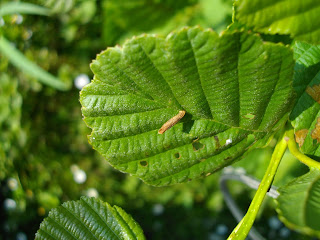 The Diamond-back Moth invasion was very much in evidence, and a Silver Y moth was presumably also a migrant. It seems to be the best year for 2-spot ladybirds in ages, but today I saw at least three of the black 4-spotted form, which I haven't seen for several years. A yellow-banded Longhorn moth and two Banded Demoiselles were new for the year, and the final thing of interest was a folded Hazel leaf caused by a Hazel Leaf-rolling Weevil. 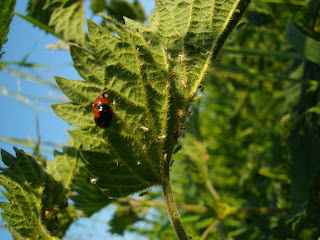 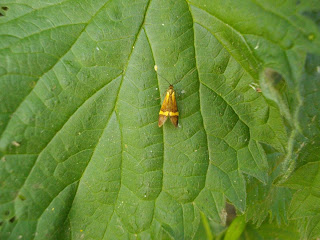 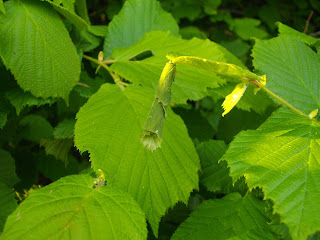 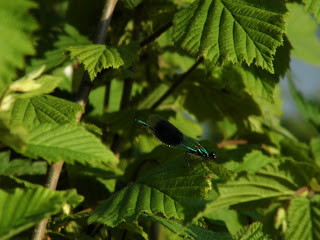