With an upturn in the weather, Cathy & I spent the afternoon in north Norfolk. We began at Natural Surroundings, where we had a nice lunch whilst watching a Stock Dove under the feeders. 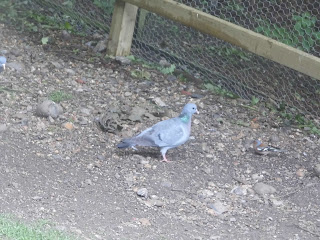 We then carried on to Cley, where we noticed lots of presumably migrant hoverflies along with the Diamond-back Moths. Finally we headed to Salthouse Heath. I had hoped to see the May Lilies that grow here, but the heath covers a large area and we didn't see them. Incidentally if any readers know whereabouts they are I would be grateful so that I can try again next year. 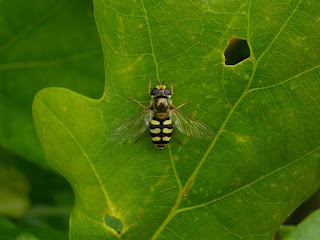 Despite not seeing the May Lilies we did see a number of interesting species, mostly around a single Birch tree. Cathy found the case of a case-bearing moth, and the same tree held weevils, shieldbug nymphs and leaf mines caused by an Eriocrania moth sp. We also saw one of the lime green sawflies, Rhogogaster viridis. 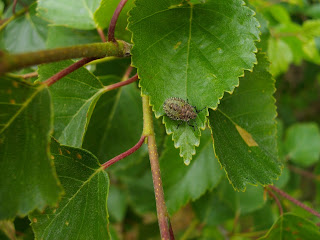 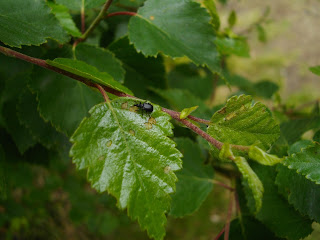 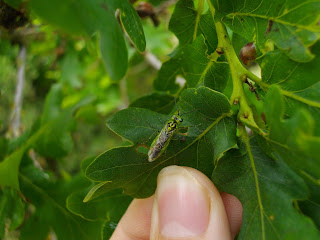