The forecast rain hadn't arrived by midday, so I decided to go for a brief walk in Catton Park. During a brief spell of sunshine I noticed several bees around the flowering shrubs - the only one I got close enough to ID was a queen Tree Bumblebee. A patch of Sweet Violets were mostly white-flowered, and whilst looking for Cedar Cup fungi I noticed a large brownish puffball. It looked like a Bovista, but much larger than the Bovista plumbea that I'm used to. I saw Tony Leech in mid-week and he identified it as Bovista nigrescens, which I hadn't realised can grow to double the size of the smaller members of this genus. 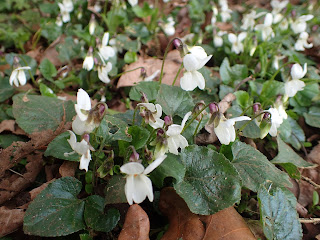 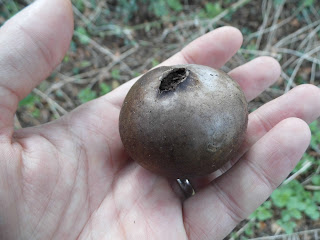