After dropping Cathy off in the city I headed off to Whitlingham for a few hours. One of the first things I noticed upon arrival was a Reed Bunting singing from the far shore of the Great Broad, the first time I've heard them this year. There were plenty of Black-headed Gulls on the pontoon still, but no ringed birds. Duck numbers have decreased again (although some were probably across the river at Thorpe) - there were probably still over a hundred Tufted Ducks, but only a handful of Gadwall and I didn't see a single Pochard. Next weekend is WeBS weekend, so I didn't do a proper count this week, and instead headed off to the woods.

It was good to hear a bit more birdsong than on my previous visits this year, Nuthatch, Goldcrest and Coal Tit were of note. I went and had a look at the Hard Shield Fern to compare it against the Soft Shield Fern that I had found here recently. Up until a few years ago I'd never seen either, and here they are growing in the same wood! A search of some nearby Box bushes turned up the second gall that I had seen at Catton Park. A walker kindly recommended that I took the low path through the woods where there was a large drift of Snowdrops around the cottage. 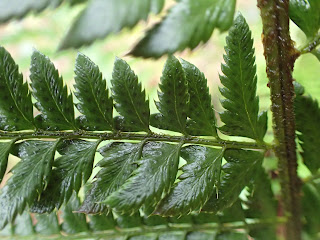 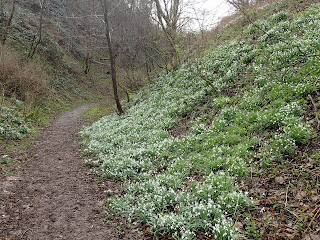 Coming out of the woods I walked along the riverbank, noticing a straggly moss growing on tree roots along the riverline. I had a note that a species had been found in this habitat during a Bryological Group meeting in 2000, and a check at home confirmed that it was the same species, Cinclidotus fontinaloides, which was a new one for me. On my way back I noticed Lemon Disco fungus growing on a fallen branch, and some naturalised Crocuses in a small area of woodland. 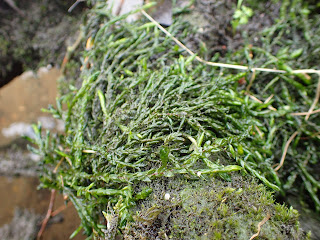 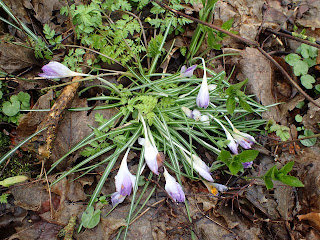 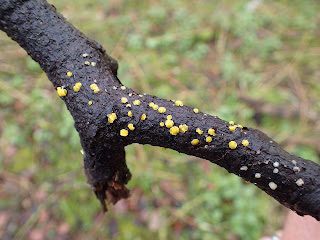