I headed to Thorpe Marsh with high hopes for either an early spring migrant, passage wader or an interesting flyover species. As I approached the flood a Little Egret flew up and slowly off over the marsh. There was no sign of the Stonechats in their favoured bramble, although a male Reed Bunting had taken up residence. It was a warm day so I decided to scan the skies to the east to look for raptors, and this paid off with a pair of Sparrowhawks and a Common Buzzard.

Across the marsh there had been few plants in flower, with the exception of one clump of marsh marigolds. Reaching the drier areas there were lots of Lesser Celandines along the path side, with Peacock and Small Tortoiseshells my first patch butterflies of the year. I stopped at a patch of Ivy and saw two solitary bees, probably both Andrena but neither would settle for more than a few seconds so I only managed a less than sharp photo of each. 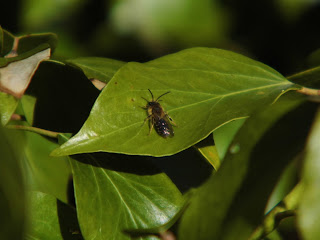 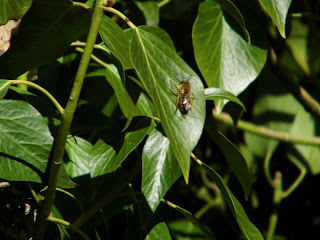 Two Snipe had flushed up from the broad edge, whilst three Lapwings and two Oystercatchers completed the wader tally. There was a large number of loafing gulls, a mixture of the four usual species, and these included an orange-ringed Herring Gull. This was presumably a bird ringed by the Thames ringing group, but I was unable to even partially read the code. 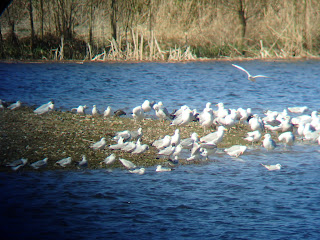 On my way back along the riverbank I stopped to check some more celandines, and was rewarded with my first new hoverfly species of the year. I recognised the smallish black shape as one of the Cheilosia, but as there are many of them I knew it needed to be looked at more closely. Fortunately I was able to catch the hoverfly without any problems and get a good look at its face. The combination of flattened orange antennae with black tips and hairless eyes identified it as Cheilosia pagana. Other insects nearby included a Pied Shieldbug and another Andrena sp. 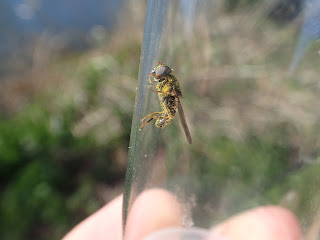 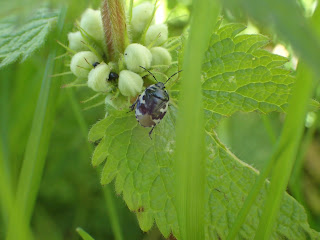 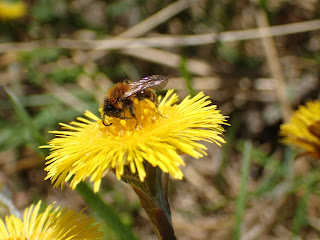