Having left the lunchtime beer festival session, I had some free time before going to a talk by Alice Roberts at the Playhouse. Adam and I headed to Train Wood, ostensibly to look for fungi, but there wasn't much of it about. Probably the most interesting find here were some aphids - firstly Large Willow Aphid, but then a similar species that Robert Maidstone identified for me as Plocamaphis flocculosa. Amongst this later species was the larva of a Eupeodes hoverfly. 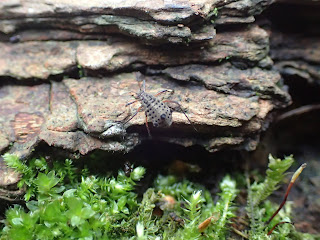 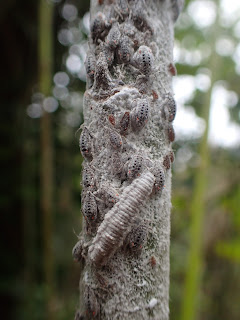 We did manage to find a bit of fungi, including one of the Eyelash fungi, Scutellinia sp. 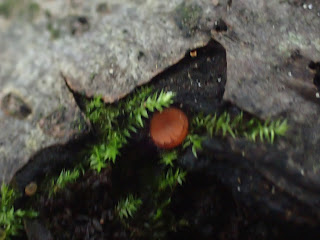 A few leaf mines were found, of which Red Hazel Midget (Phyllonorycter nicellii) was a new one, albeit unoccupied. In terms of agromyzids I recorded Amauromyza verbasci on Mullein and Phytomyza plantiginis on Ribwort Plantain, but a mine on Traveller's Joy was one of a species pair. 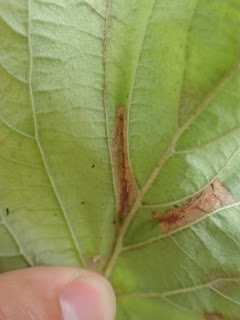 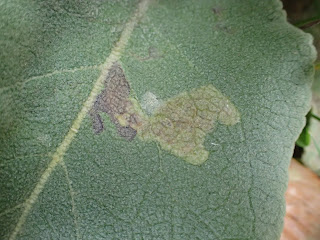