The August after one of the hottest and driest summers in recent memory didn't seem like a promising time for a fungus foray, but having missed the last couple and this being a site I'd not visited before, I was hopeful that there would be a bit about. As Burgh Common has no formal parking, we met nearby before cramming into two cars (and Neil on his motorbike) and heading down a windy track to the start of the reserve.

Some areas usually covered by water had dried up, enabling some searching of reedy areas, but much of the stuff we did find was in the patches of woodland. Some of these did turn out to be new to me, including Nitrous Pinkgill (Entoloma politum), Goblet Parachute (Marasmiellus vaillantii) and Orbilia luteorubella. Unfortunately the most showy species, some nice reddish Boletes couldn't be identified to species. Out in the meadows some cow dung finally provided some moisture, with Coprinopsis stercorea taking advantage. 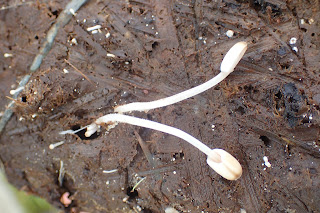 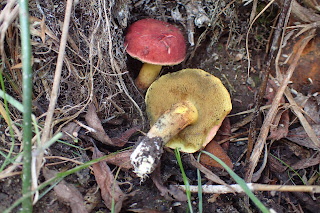 
The weather seemed more suitable for insects, and the presence of Stewart ensured that we saw lots of leaf mines. There was an almost full set of Alder species, and quite a few from Birch and Hawthorn. The scarcest species were Enchanters Cosmet (Mompha terminella) in Enchanter's Nightshade, Bittersweet Smudge (Acrolepia autumnitella) in Woody Nightshade, and Little Bent-wing (Leucoptera lotella) in Bird's-foot Trefoil. 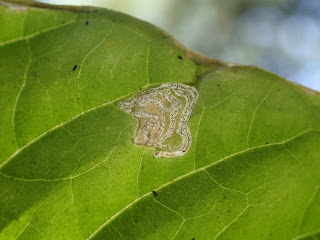 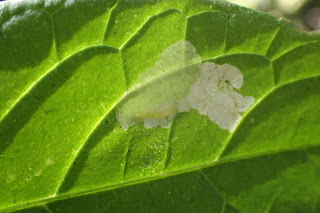 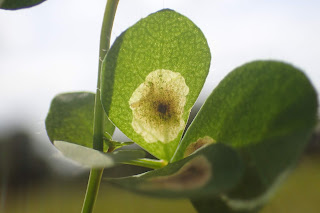 
Other highlights of the visit included a Skullcap Sawfly larva, two Water Scorpions and some Bladderwort, whilst a Marsh Harrier did a close flypast. 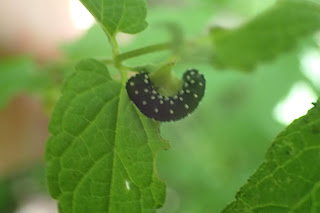 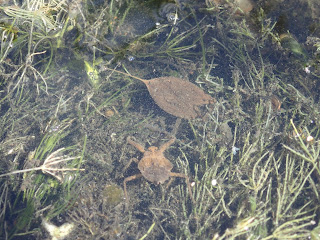 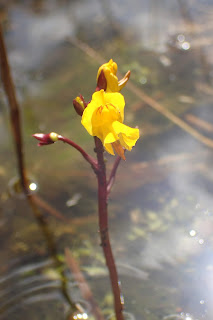