With the summer continuing apace, I headed to Whitlingham for the August WeBS count. The Little Broad is becoming increasingly tricky to count as the vegetation grows up, but in summer there isn't usually much to worry about. A lone adult Egyptian Goose had three young goslings, which will hopefully fare better than the first brood. This species did used to cycle through nicely when I first started coming, but of late not many young seem to be reaching adulthood here.

On the Great Broad there wasn't much of note, a single Tufted Duck asleep on the island the most noteworthy. There was a lot of large gulls dropping in though, mostly Lesser Black-backed, and given that I reckon I miss some Yellow-legged Gulls in the younger plumages I photographed a few of the ones in slightly different plumages just in case. 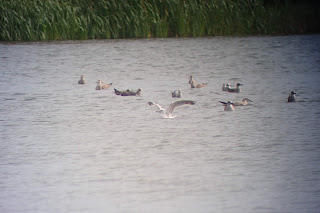 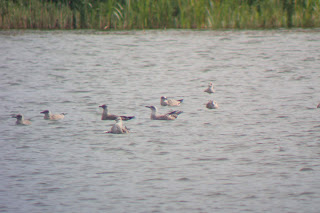 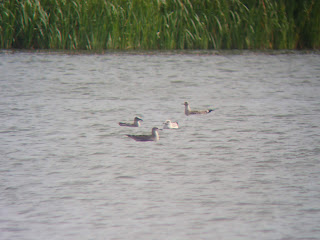 So numbers similar to the previous year. The Egyptian Goose count is almost double the 2017 figure, but in July this year was only 8. In July last year it was 33, so basically there has been a yearly peak of around 30, but this year it's just a month later.

I added a few bits to my all-species patch list. An odd addition was Ploughman's Spikenard beside one of the main paths. I must have been walking past this for years without noticing it - I can only assume it's because the flowers look a bit like dying Ragwort. A couple of species were completely new to me, a nice red beetle called Platycis minutus and the hoverfly Dasysyrphus albiostratus. I also added a couple of leaf mines, which on this occasion I won't bore you with. 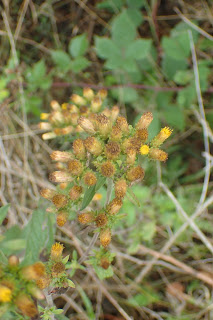 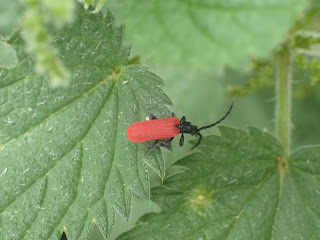 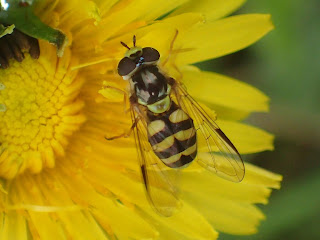