SUFFOLK: Lepidoptera in the King's Forest

This spring Sharon Hearle of Butterfly Conservation has been running a series of moth trap openings in the King's Forest in north Suffolk as part of the Shifting Sands Project (itself part of Back from the brink, a heritage lottery backed scheme to help rare species and habitats). These have been held in mid-week so I was only able to attend one. Five traps were put out, but they were small Heath traps, so there was only a modest number of moths to go through. There were four new macros for me - Birch Mocha, Peacock Moth, True Lovers Knot and Bird's Wing. Clouded Buff was a Breckland speciality, albeit one that I had seen before. In addition one attendee had brought another Breckland speciality, Marbled Clover, caught nearby at Lackford. 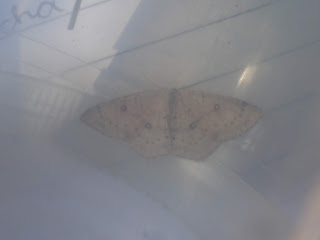 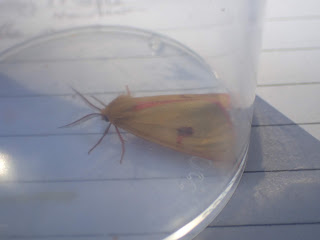 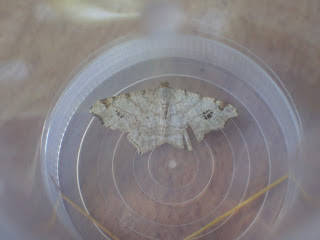 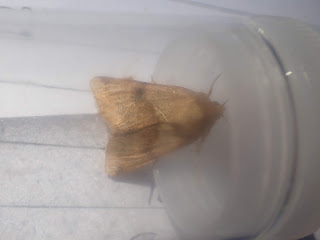 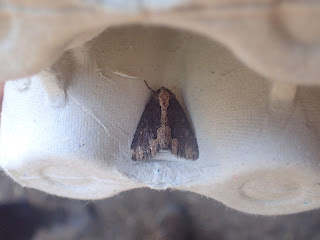 Afterwards we went for a walk along one of the nearby rides. A Grayling sat obligingly on the path, and we were treated to a sight I've not seen for many years as around 30 Red Admirals flew all around us, attracted by the squashed wild cherries on the path. A Silver-washed Fritillary was also present in the same area, and the leaf mine of Stigmella aceris in Field Maple, a very scarce but spreading species over the border in Norfolk was new for me. 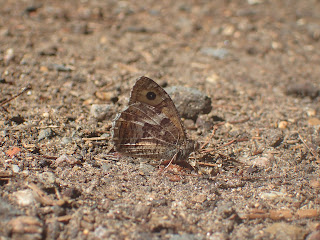 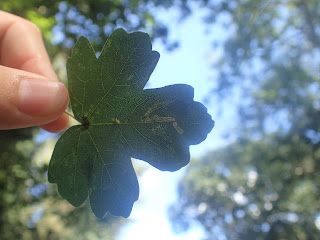 Other than the butterflies and moths, Sharon showed us a colony of Pantaloon Bees, which were being rather skittish. Nearby I found the bug Alydus calcaratus, and a couple of Tortoise Shieldbugs were nice to see. 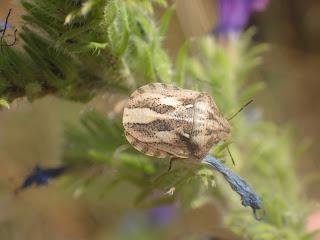 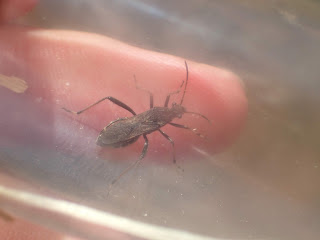