I called in at Wheatfen one afternoon, hoping the weather would be better than the equivalent visit last year when I got drenched by a sudden storm what blew in whilst I was out on the furthest part of the marsh. Some Small Balsam was growing along the hedgerow, and near the staithe I noticed several Small Teasels in flower - I've no idea how I managed to miss these in the past. 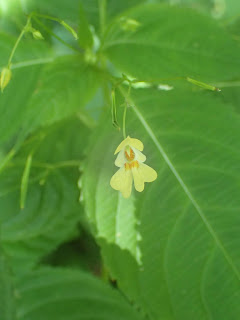 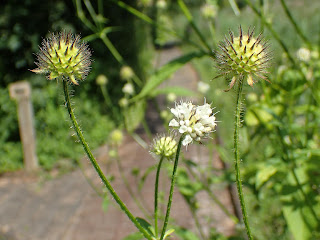 I kept an eye out for leaf mines on my way round, seeing the moth mines of Buckthorn Bent-wing (Bucculatrix frangutella) and Buckthorn Pigmy (Stigmella catharticella) early on. There was a good range of other moth and fly species, but I hoped there might be something on the scarcer broadland plants. I did manage one new species, Calybites phasianipennella on Yellow Loosestrife, but two mines on Marsh Sow-thistle turned out to be the common Chromatomyia atricornis agg and Liriomyza sonchi. 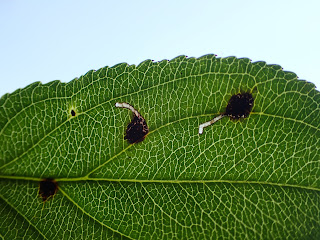 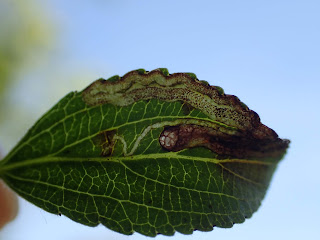 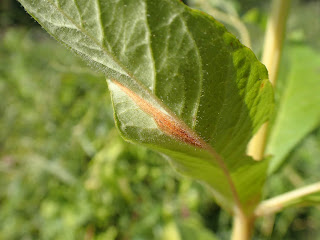 There was a nice range of butterflies, including a couple of second-brood Brimstones and a Painted Lady. I also found good numbers of the very rare beetle Galeruca laticollis, currently only found at Wheatfen. After noticing my first one, I soon saw quite a few gravid females (the abdomens swell so much that they don't fit under the wing cases) and also some mating pairs. I managed to get back to the car without getting wet, so success all round. 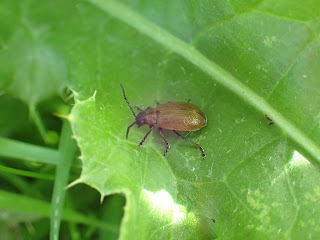 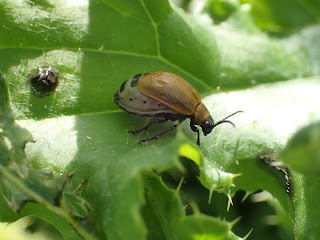