EAST NORFOLK: Last trip out of the year

I had planned on one final wildlife trip of the year, but was planning on it being a low key affair, walking around some of the green spaces of east Norwich (Mousehold, Kett's Hill, Rosary Cemetery & Lion Wood), However, news of a Black-bellied Dipper at Ebridge Mill proved too much of a lure. It wasn't just the species, although Dippers are great, but growing up in North Walsham we used to pass the mill every weekend to visit my grandparents. It was never my local patch, but along with Bacton Woods it is an area I have a great deal of fondness for, and having not known about the 1999 bird at the time, I was keen to go and have a look.

This degree of sentimentality could have been scuppered had the Dipper been further along the canal at Briggate, but fortunately for me it was showing well at Ebridge when I arrived. It wasn't particularly close so my photos were very much record shots (in the actual meaning of the phrase, not the "I used my £5000 worth of equipment but there was a small twig sticking into frame near the side" meaning). Popping across the road I recorded Phytomyza ilicis on the nearby Holly, and noticed some Tawny Funnels too. 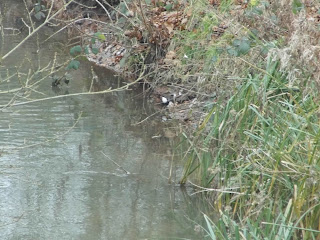 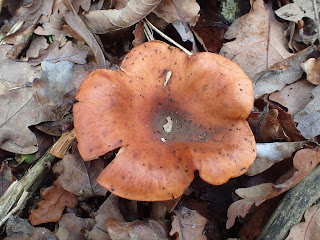 Having been successful much quicker than I had allowed for, I decided to call in at Barton Broad on my way back to Norwich. After parking up at the car park about a mile away I decided to pass the time on the journey by recording the plants in flower for the BSBI's New Year Plant Hunt (I know it isn't the new year yet - it runs a few days either side of Jan 1st). I managed 12, not great but then it wasn't my main objective. A couple of slime moulds were also seen along the road. 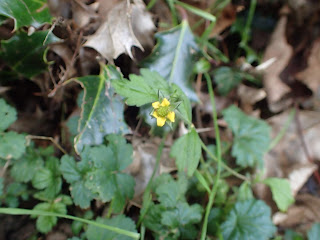 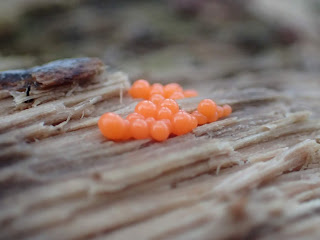 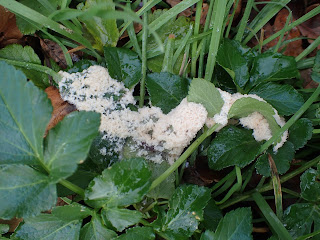 At Heron's Carr, the boardwalk at the bottom of Barton Broad I recorded Phytomyza ilicis again on the Holly, then carried on to the watchpoint. A small flock of Wigeon flew over, and Marsh Tit and Siskins called unseen. The birds were mostly distant, but I picked out the two female Scaup at the back with a flock of Goldeneye (36 counted in total). There was no sign of the long-staying Long-tailed Duck, which seems to be a bit elusive. Another birder told me that he had seen it when it first arrived but not again on several visits since. I had a bit of lunch, by which time three Goldeneye had come much closer and a Kingfisher flew across the corner of the broad. 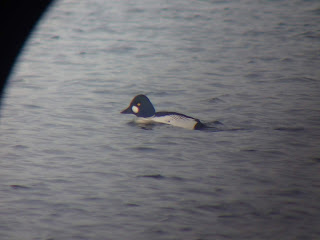 Back in Norwich I called into Whitlingham for a quick look around. Despite lots of Black-headed Gulls around the slipway there were no ringed ones, and I could only find one Goldeneye (Gary had a flock of seven earlier in the day). A walk back along the picnic meadow saw two Green Woodpeckers fly up into the tree belt, and I recorded the distinctive springtail Orchesella cincta. 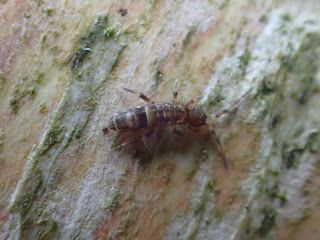 Here's to a wildlife filled 2019 everyone.
Posted by James Emerson