The final WeBS count of the year, but after a strong start with 2 Goldeneye and 2 Little Egrets on the Little Broad it became a familiar spread of common species, dominated by Gadwall, Tufted Ducks and Coot. Interestingly no Pochard were recorded from the Great Broad, with only six present across the river at Thorpe.

So looking at those figures, Gadwall numbers are slightly down but reasonable, Mallard numbers are about right, Tufted Ducks are around half the past two years counts and Coot are in the middle of 2016 and 2017. Four Bramblings flew out of scrub near the archery range, and some Siskin called from the Alders near the Little Broad. Still no sign of any Redpolls so far in this winter period.

Of the miscellaneous observations, Agromyza nigrescens was a new leaf mine for the site, with at least one still occupied in a Cranesbill sp. Some leafspots on a Forget-me-not seem to be caused by Entyloma fergussonii, which would be new for me, and there was a gall on the violets - I think they were sweet violet which would make the gall causer Dasineura odoratae but I'll need to check. Finally whilst at the bird screen I noticed loads of micro moth larvae feeding on algae - I think these must be Luffia ferchaultella. 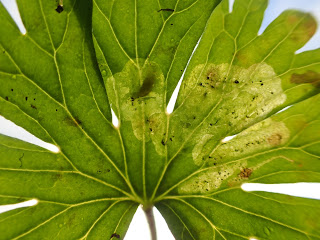 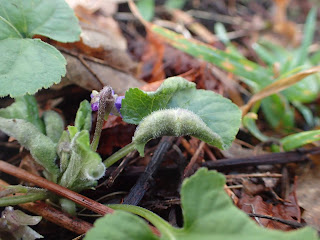 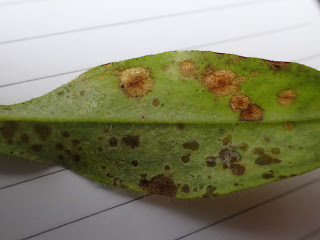 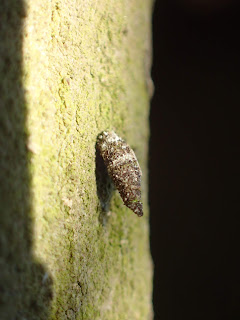