This year saw the birth of my daughter, with the attendant change in priorities and outlook that comes with having a small child. Thanks to the support of my lovely wife I was still able to indulge my hobby, but there was a change in emphasis with fewer early mornings and all day trips, no travelling outside East Anglia and more time spent around Norwich. I have come up with ten of my highlights from the year, taking in particular species, trips and groups. Because of the varying nature of these experiences I have not attempted to rank them.

My only previous Hornet Moth sighting had been one attracted to a lure in James Lowen's garden. Whilst impressive, I wanted to find one on a poplar, and over the past few years have checked the base of various poplars, often finding emergence holes but no moths. Having found a few local trees with these holes I visited regularly for a period, narrowly missing out as I found freshly evacuated chrysalises but no moths. That was until one day, when I noticed a chrysalis sticking out of a hole with the moth still inside. I was just in time, it emerged several minutes later. I was able to watch it pump up its wings before returning it to the tree trunk. An amazing creature to see and well worth the effort. 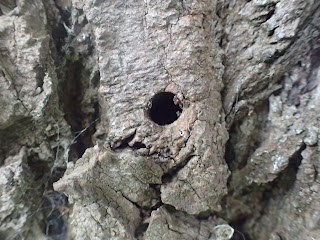 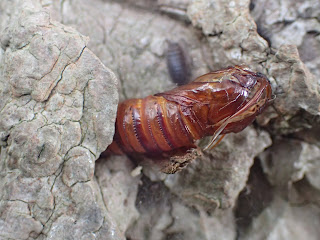 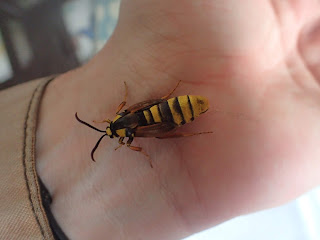 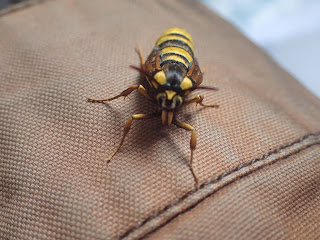 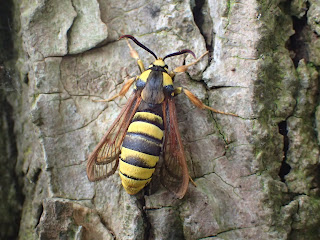 
In spring at the coast when amost every bird you see moving is a Wheatear, they can get a bit frustrating, but inland they are usually a good find. This one had been found at Thorpe Marshes by Gary White one evening in April, and having not seen a patch one in 11 years of trying I was keen to see it. For those who keep lists, or even a mental note of what has been seen, any new bird is exciting, but this was just a really enjoyable evening. Upon arrival the Wheatear was soon on view on a gatepost. It flew down onto the marsh for a bit when some people walked past, but then returned to its post, showing beautifully in the evening sunshine. 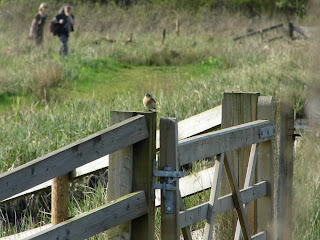 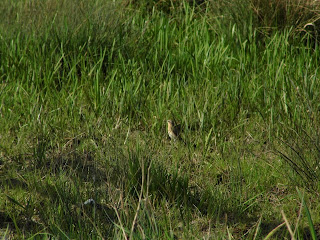 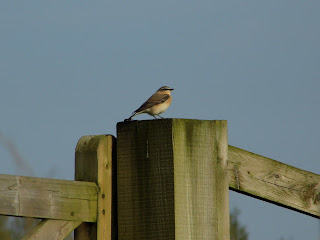 In spring I was asked to help carry out an informal wildlife survey of some private woodland near Postwick along with Jeremy & Vanna Bartlett, Ian Senior and Nick. I made two visits, seeing a range of species and enjoyed spending some time in a new and relatively unexplored location. On the second visit we found a long-term target species of mine, the Cramp Ball Weevil Platyrhinus resinosus, and other new species included Alder Signal Moth. 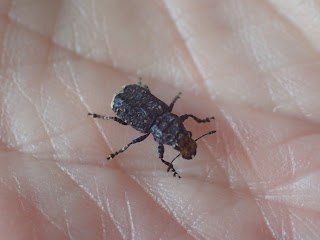 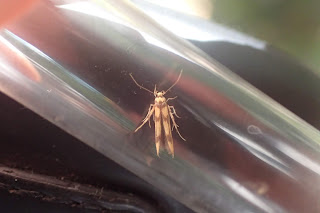 Bees in the genus Nomada are attractive yellow, black and sometimes red banded solitary bees that could easily be mistaken for wasps. Up until this year I had only recorded two species - I knew I had seen more but couldn't identify them (many species are very similar). Thanks to Steve Falk's book, the tutelage of Vanna Bartlett and feedback from people like Nick Owens, Tim Strudwick and the BWARS verifiers, I recorded eight species in 2018, six of them new. This included the three very similar species in the flava group, which I caught, photographed the key bits and released. This is a very good example of how recording can progress when a detailed, accessible and affordable guide is released for a species group (I underwent a similar upskilling with the release of the Morris & Ball Hoverflies WildGuides book). 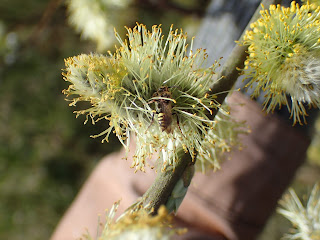 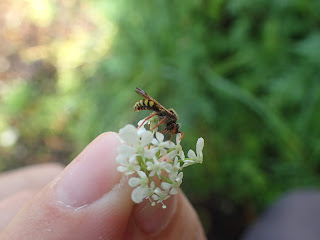 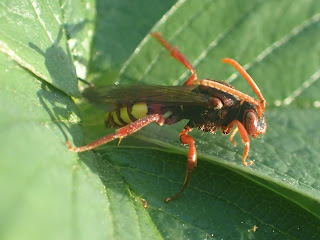 
Most of the rented houses I stayed in following university were terraces with bisected or small highly overlooked gardens. Light pollution and neighbours meant that moth-trapping was unsuccessful or impractical, and my trap had mainly been used at my in-laws in south Norwich. It has therefore been a joy to be able to run a trap in my own garden and actually catch some moths! Trapping most weekends from spring through to late summer I caught a modest 160 species (light pollution is still quite an issue). This total has undoubtedly been helped by some sympathetic planting by my wife - the Nicotiana didn't attract a Convulvulous Hawk Moth this year, but patience is a virtue. Highlights included a vice county first, Scythris limbella, and red data book species Small Ranunculus, whilst Pine Hawk Moth and Elephant Hawk Moth were welcome additions to the garden list. I'm already looking forward to adding to our fledgeling garden list next year. 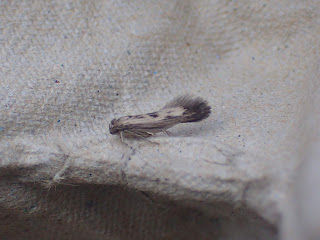 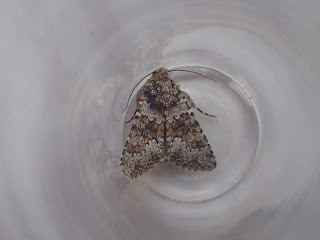 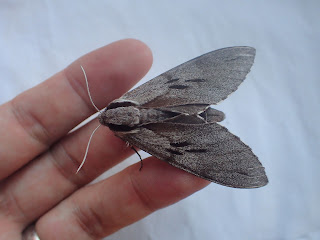 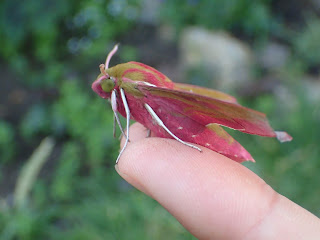 The great thing about recording leaf mines is that you can do it whilst out and about. I recorded at least two species of fly new to Norfolk this year, one on the way to work and the other at Whitlingham doing some general wildlife recording. I also recorded a new species of moth to Norfolk, Paracrania chrysolepidella, from leaf mines at Wayland Wood whilst nominally looking for fungi. It's not all about new species either - I am now well in the habit of checking every Holly for the distinctive mine of Phytomyza ilicis. It is probably the commonest (definitely the most visible) mine to record, but each record contributes to the overall distribution information for this species. 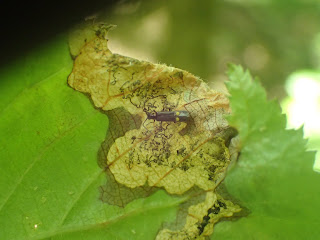 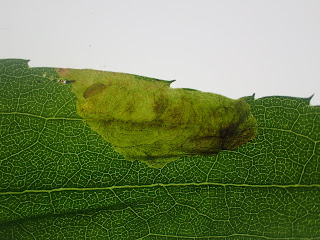 Doesn't really need a reason - it was a Snowy Owl! A bird I'd wanted to see since getting my first bird book but had never really expected to see in Norfolk. 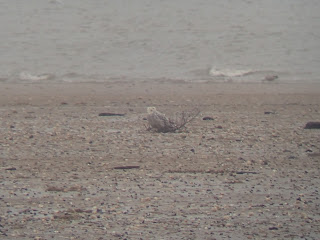 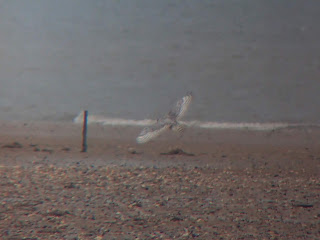 This excellent site is only a few miles north of Norwich, but I don't visit very often. A brief visit this year was very productive - I finally saw my first Marsh Gentians, saw some (reintroduced) Marsh Clubmoss, added a couple of new bees and generating most excitement was a Lesser Thorn-tipped Longhorn Beetle. 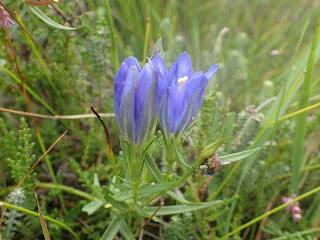 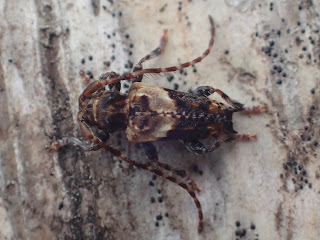 Earthstars are one of the most popular fungi groups (along with things like Waxcaps), but I seldom come across new species. Norfolk has records of almost all of the species found in the UK, but some have only been recorded once, or not for many years. Whilst discussing this with Mark Joy, who has travelled around the country seeing and finding earthstars, he mentioned that he had seen Crowned Earthstars in the Brecks and kindly gave me directions. This was Cathy & I's last wildlife trip out before Rose was born, and we had a nice walk in the woods, seeing the Crowned Earthstars and some Striated Earthstars nearby as a bonus. 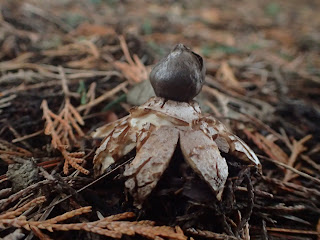 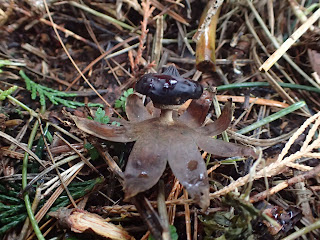 
10) Essex orchids
My one wildlife related trip that wasn't in Norfolk or north Suffolk was to Essex, where a small population of Tongue Orchids had been discovered the previous year. Local botanists and Essex Wildlife Trust had put a lot of work into organising limited access, and I managed to book a place on a walk to see them. We met nearby, and after a short walk to the site were taken to see them a few at a time. This was my first new orchid in a few years (admittedly mostly due to my inactivity in travelling outside Norfolk than because I've seen loads), and the intrigue around it all added to the experience. Unfortunately the landowner later had second thoughts and revoked access permission, so I didn't blog about it at the time and I'm not in a position to reveal the site, sorry. 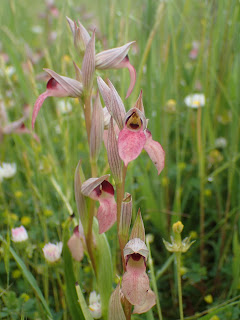 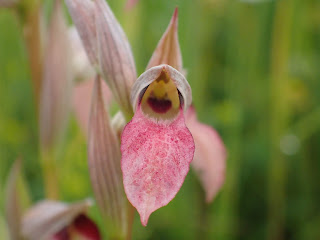