Whilst at Guybon's Wood, Anne had told me that she had seen some Common Bird's-nest fungi on an old woodpile at Whitlingham. It was the Sunday after before I had a chance to nip down and have a look, and initially I struggled to find them. I had previously seen this species growing all over some woodchips, so that was where I initially concentrated, only to realise they were actually growing on some old wooden boards. Not the most photogenic specimens, but a new 'patch' fungus for me and always nice to see. 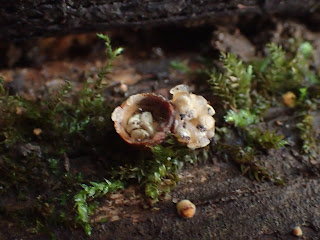 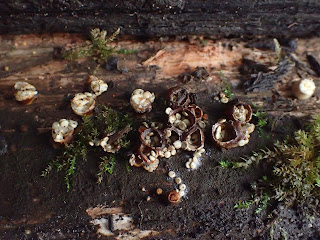 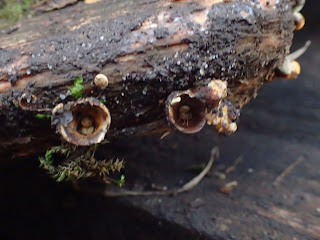