A rainy visit to Whitlingham, and I attempted to cover the south shore of the Great Broad, the woods and the marsh. This didn't quite work out as some bits were closed for tree felling, but I still got a good walk in.

On the decaying log near the visitors centre there was a good display of Oyster Fungus and several other species, including Big Smoky Bracket. Checking through the Black-headed Gulls I thought I had spotted an old returning bird, white J5JE, but then I realised this was a 1st-winter bird. After getting a bit closer I read the ring, 5NE, a bird ringed in Denmark. I have emailed the ringer requesting information about the gull, but not heard back yet. 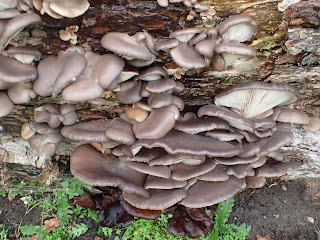 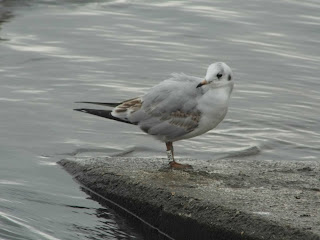 Walking along the riverbank I recorded two microfungi on Ash keys that Stewart had shown me at Guybons Wood. Along the edge of the A47 at Whitlingham Marsh there were some Dog Stinkhorns and various other fungi, inlcuding some nice Crepidotus sp. 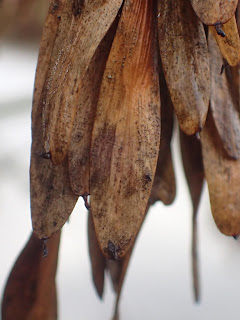 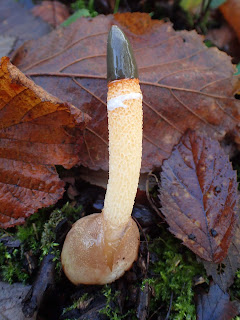 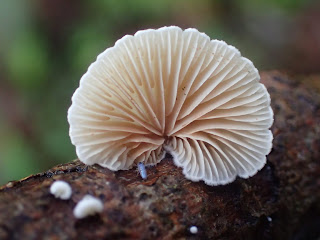 Walking back along Whitlingham Lane I stopped to check the large amounts of Hartstongue Ferns for fly mines. There is a species of Agromyzid common in western Britain that has yet to be recorded in East Anglia that I'd like to find. No luck with those, but I did find a micromoth larva feeding on the underside of one of the ferns. It had a black head, meaning it was Psychoides verhuella, the rarer of the two similar fern-feeding species. A Winter Moth was also a new patch moth for me. 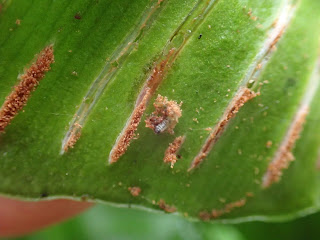 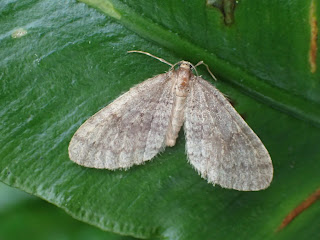 This might end up being my last patch visit of the year - there will be a brief year highlights post after Christmas and then the Whitlingham Bird Report for 2018 to come in the New Year.

Merry Christmas to everyone who reads the blog.
Posted by James Emerson