My last planned event of the year was a fungus study group meeting at Bawdeswell Heath. The last meeting of the year is always shorter than normal to accomodate a proper lunch and then a planning and discussion meeting in the afternoon. The car park for Bawdeswell Heath is quite small so we met in advance at Bawdeswell Village Hall, which seemed to be the coldest place in Britain but that might be a slight exaggeration (it might have only been the second or third coldest).

Despite the time of year and cold weather (we were slightly more sheltered in the woods) there was actually quite a lot of fungi about - we easily hit around 50 species. Most of it was quite common stuff - hoof fungus and Oliver Oysterling were too of the ones I see less frequently. I also found a nicely marked Mottled Umber moth resting on some leaves and recorded a couple of leaf mines. Thanks go to Vicky for lending me a pair of gloves, ensuring I finished the foray with digits still intact. 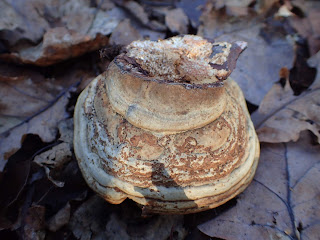 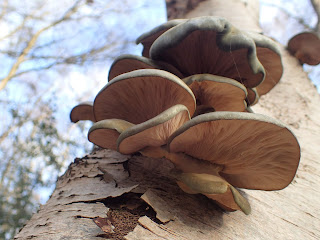 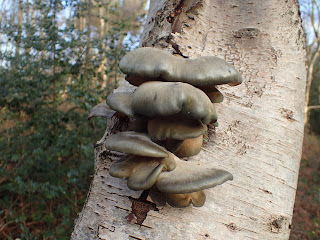 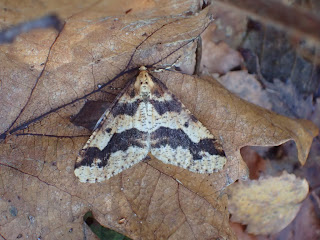