On Sunday the Friends of Earlham Cemetery held their monthly walk, themed around autumn in anticipation of there not being much fungi about. This was prudent, as there wasn't much about at all. There was quite a big group, including some new attendees, so Jeremy spent much of his time explaining about the cemetery whilst Vanna, Gary & I kept an eye out for things of interest. A bit of rough grassland near one of the areas of war graves held some Field Blewits, and one old tree had five or six different species around, including Shaggy Scalycap and Fenugreek Stalkball. 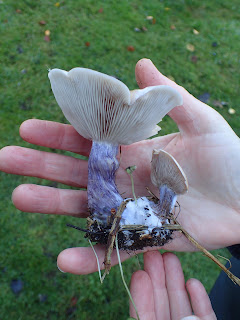 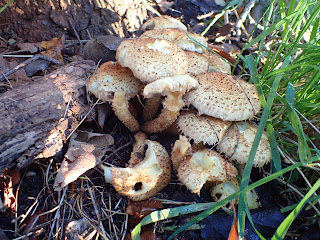 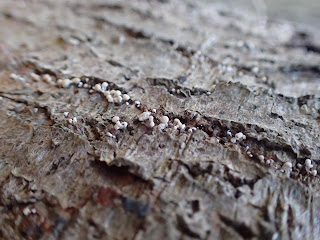 Of the handful of leaf mines found there was a nice example of Stigmella tityrella on Beech, and Ectoedemia subbimaculella on Oak was new for the cemetery. Highlight of the walk was a leaf mine in Daisy leaves caused by Liriomyza pusilla, a species I have been keeping an eye out for. 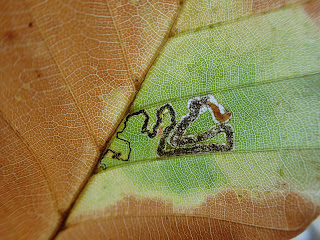 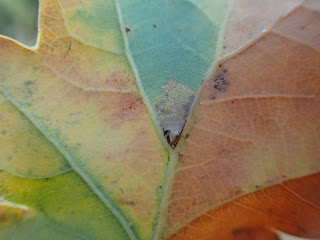 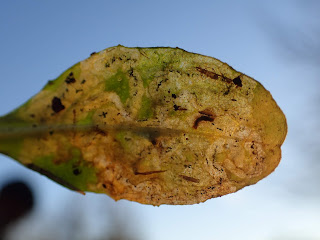