On my way back to Norwich from Sustead Common I worked out I had a bit over an hour spare. Considering where I could go for a productive walk in that time I chose Buxton Heath. I have visited last year in early August, so I hoped that I might see a few different things this time and was pleasantly surprised. Walking to the edge of the mire there was much less knapweed in flower than last year, but some Heath-spotted Orchids were still in flower (not a species I see very often) and some Marsh Helleborines and Marsh Fragrant Orchids were also in flower. I saw some tiny white flowers further round and it turned out they were Round-leaved Sundew, and a big Marsh Gentian was also a delight. 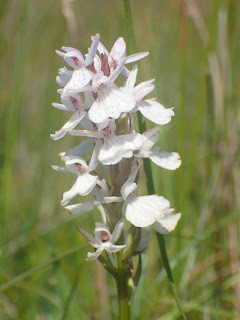 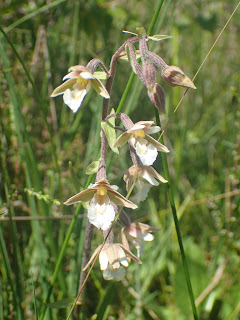 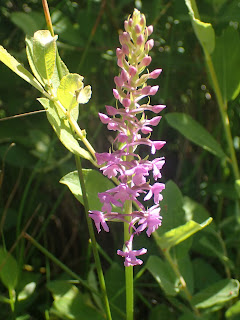 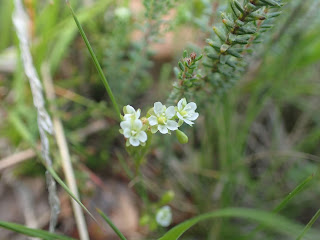 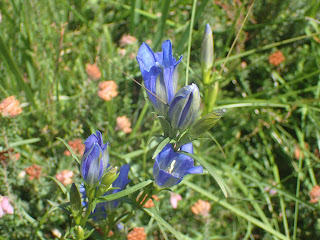 After a brief chat with local birder Mike, I headed onto the drier bit of the heath where I located a few rather skittish Silver-studded Blues. Whilst here I noticed a relatively small and bristly Robberfly, which I photographed. A few weeks later I attempted to key it out using the excellent Dutch Robberflies book. I tentatively reached Breckland Robberfly, which unlike some species is actually geographically limited in line with its name, so I assumed I'd made a mistake and posted it on the Soldierflies & allies Facebook page. To my surprise I heard back that it was Breckland Robberfly, and if the scheme accepts the record then it will be a new VC27 (East Norfolk) record, which is excellent. 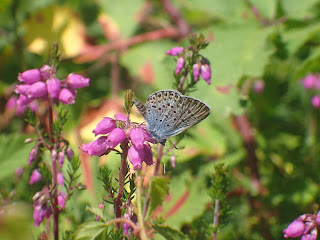 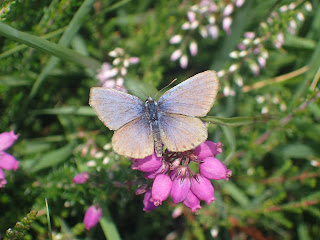 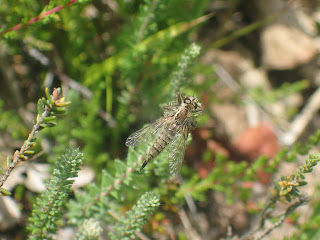