Another early date for the monthly WeBS survey, and with Justin counting Thorpe I only popped in for a quick look before heading to Whitlingham. This was long enough to add a new species of damselfly to my patch list in the form of Small Red-eyed Damselfly. This species has been seen on a few dates in August over the past few years, but numbers have still to take off. This one was in the mooring basin alongside quite a few 'large' Red-eyed Damselflies. A young Tortoise Shieldbug was a surprise find, having previously only seen them in the Brecks or at Foxley Wood, but I found two at Thorpe and a further example at Whitlingham. A male Megachile (leafcutter) bee was also new to the patch list, although frustratingly I couldn't see it well enough to confirm an ID - M. centuncularis is the commonest local species whilst M. ligniseca is known to visit Burdock, so those are the main two candidates. 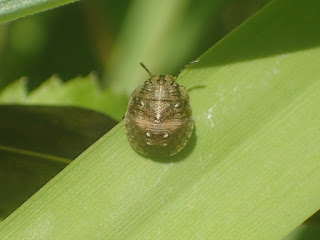 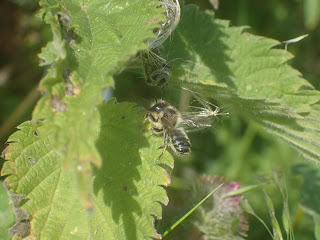 Round to Whitlingham and the number and species of wildfowl were all rather standard for the time of year. Mallard numbers just pushed three figures (101), no Gadwall or Tufted Ducks were seen and a gathering of large gulls on the Great Broad was mostly Lesser Black-backed Gulls (204) with a few Herring Gulls (10). Non-avian sightings included Four-banded Longhorn Beetle (an occasional find here) the distinctive ichneumon Gasteruption jaculator (new for me) and an all-black Arge sawfly (either A. berberidis or nigripes - a specimen needed for ID). 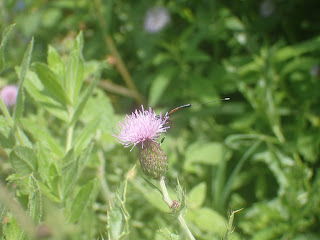 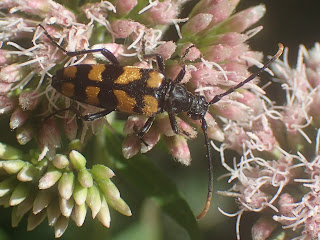 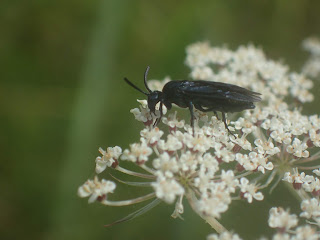