Natural Surroundings had a 30th anniversary celebration programme of events, and we attended early to see the small mammal trap opening and the moth trap opening. As it happened only two Field Mice had been caught, although it was still nice for Rose to see her first wild rodent having seen the captive Harvest Mice several times. The moth trapping also was a bit short on numbers - a Nematopogon, probably N. schwarziellus, was the only thing that was new for me, although Small Angle Shades is something I don't see often. We then had lunch and watched the birds on the feeders and noticed a Figwort Sawfly in the polytunnel. 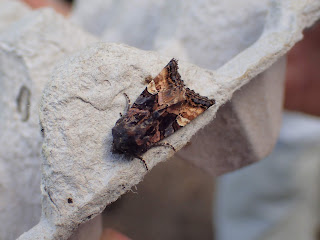 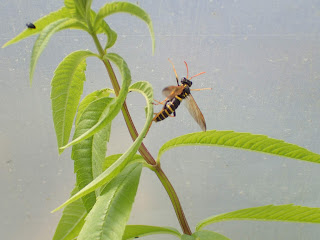