In the last of my July entries I document an afternoon spent at Minsmere with Cathy & Rose. After having lunch in the cafe we walked along the north wall, where we spoke to a very knowledgeable volunteer manning the area of path that hosts a large population of solitary bees. I had seen the Bee-wolves and Pantaloon Bees here before but was keen to see Green-eyed Flower Bees (Anthophora bimaculata), the only one of the four East Anglian Anthophoras that I'd not seen. We soon saw one, but not before we heard it - a good ID feature to separate this from Anthophora quadrimaculata which also has green eyes is that A. bimaculata makes a shrill hum as it flies in! 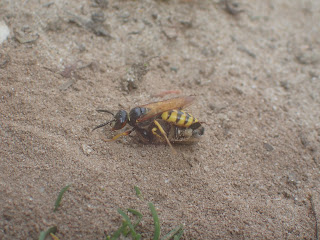 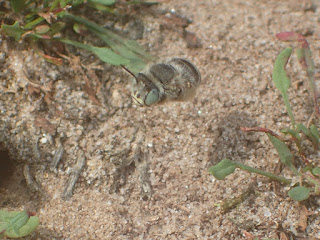 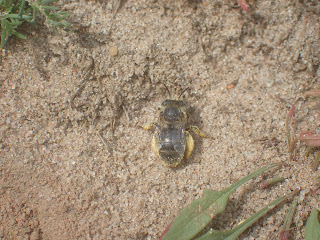 We then walked towards the beach, where I hoped to find some Six-belted Clearwings on the Birdsfoot Trefoil. Unfortunately a storm was brewing and the wind was getting up, so there was no luck with finding any clearwings in a hurried search. I did find a new leafmine, Liriomyza centaurii, on the Common Centaury. We reached the sea before turning round as the rain began to fall, stopping briefly to see three Stone Curlews that a volunteer had in his scope. 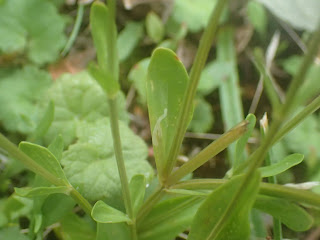