To prove that sometimes we get interesting things in our own garden, checking some self-sown mustard near the shed I noticed caterpillars of both Small White and Large White on the seedpods, along with the weevil Ceutorhynchos assimilis. 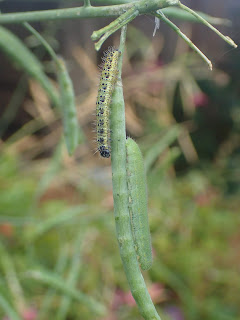 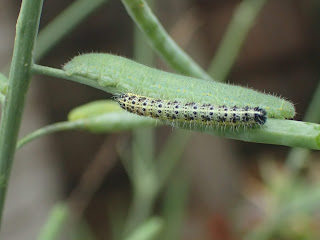 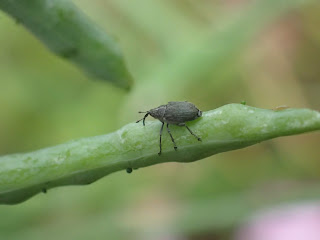 I haven't had any particularly large catches of moths this year, but there was one interesting species in a recent effort, the Saltmarsh Plume Moth (Agdistis bennetii). As the name suggests this species is associated with Sea Aster so mainly found around the coast, but it does seem to wander inland at times. This was a new TG21 record, but other moth-trappers also recorded it around the same time in other inland squares. 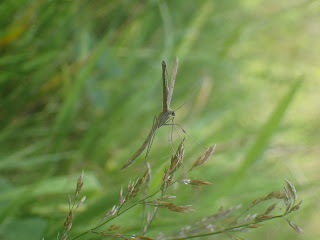 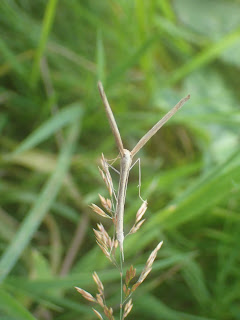