Once the clocks go back after work wildlife walks become impossible, so I made time to walk down Lakenham Way all the way to the end one evening to visit Coopers Wood, a small Fringe Project site that I had never got round to finding. This wasn't particularly suprising when I got there, as it was down a narrow cul de sac with nothing signposting the first entrance. A footpath into the woods became a boardwalk, which then followed the river along for a while before opening up into a large grassy area. 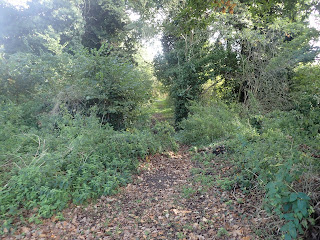 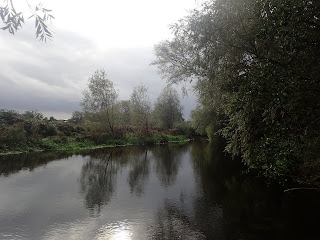 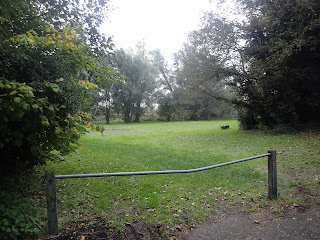 Wildlife wise a Marsh Tit called from within the wet woodland, but the drizzle meant that there were few insects about. I recorded some leaf miners -  a handful of Agromyzids and some leaf mines in Willow. I was looking for the recently arrived Royal Midge, Phyllonorycter pastorella, which makes a very long mine on willow leaves, but the only ones I could find were probably too small, with Phyllonorycter viminiella the likely culprit. Some small caterpillars on Willow looked interesting but beyond my knowledge to identfy. 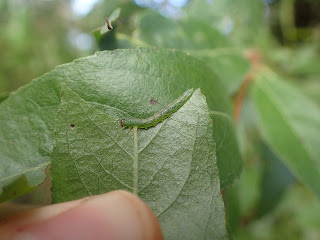 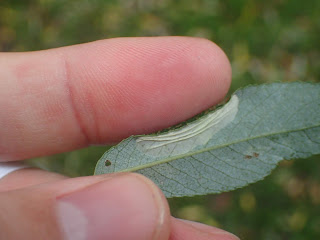 As the rain got heavier I had a quick look at a Huntingdon Elm, which contained larval feeding signs of Elm Zigzag Sawfly, spots of the fungus Dothidella ulmi and leaf mines of Phyllonorycter schreberella. 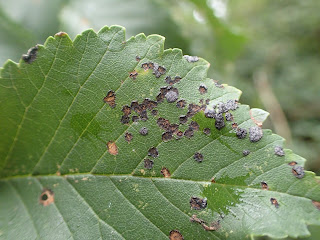 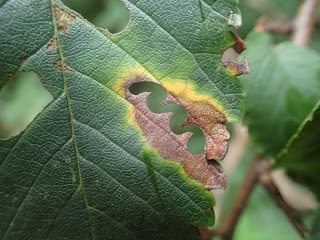