At the end of the month we went to Minsmere, where there was a 'wild things' trail around the woods, featuring fairy doors, wooden carved mushrooms and some sort of root creatures with eyes. This is the sort of thing that on smaller reserves might annoy local birders, but Minsmere is big enough that the trail was away from the main birding bits of the reserve. Incidentally now having a young daughter makes me appreciate things like this to attract families and children who otherwise might not visit nature reserves much more than I used to, although events do need to be compatible with the area they are being held in - for example fun runs around areas with lots of birds are probably a step too far I think.

The trail was in the woodland back along the track from the main car park, and we got off to an inauspicious start, with the way apparently blocked by a couple of logs. Usually this would be a sign that a path is closed, but there were several as we went round and I assume that they were placed deliberately to encourage children to clamber over. We then went off trail, as the path actually went along the east side of the woodland tower hide, but the map we'd been given had the path roughly marked on but going quite a bit to the west of the tower. All that said, the trail was nice when we actually stayed on it. 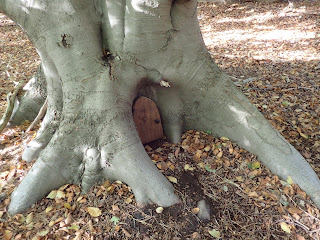 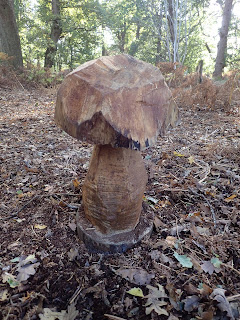 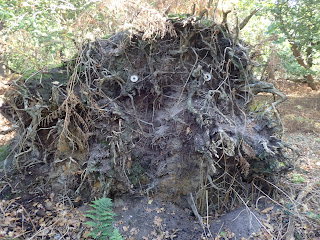 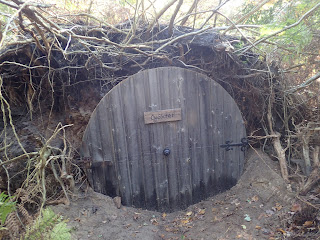 This autumn has been excellent for fungi, and the woods at Minsmere were packed with it. I recorded 39 species, which was good considering it was a family trip so I was trying not to linger too long and I didn't take anything home to check. Some of the more photogenic species are shown below. 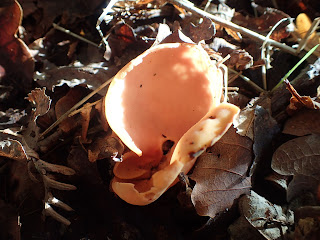 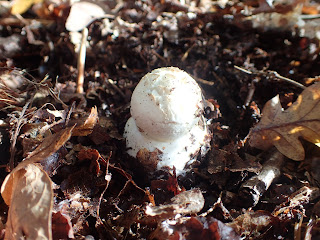 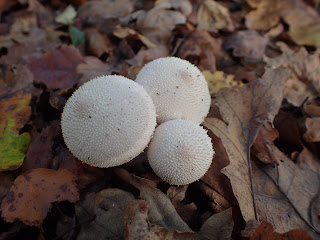 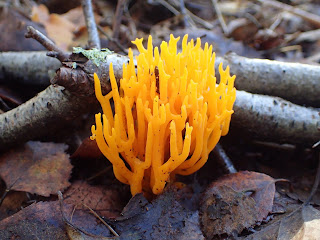 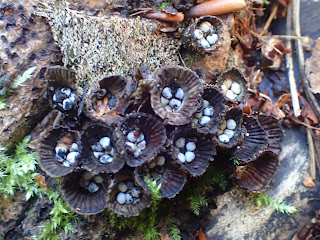 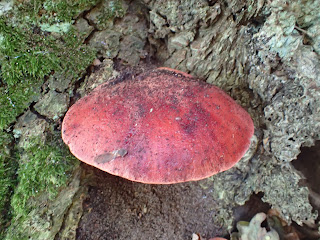 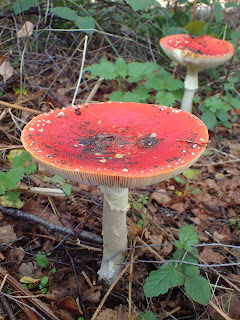 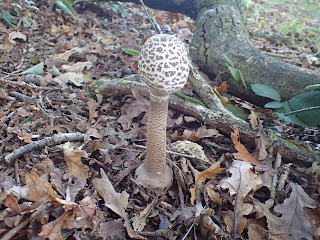 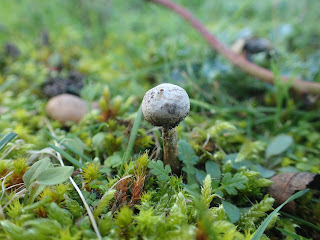 As we got ready to leave we all stopped to admire the low autumn sun shining through the trees. Photos taken, we headed home. 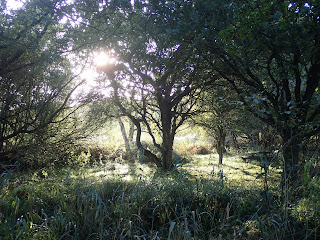 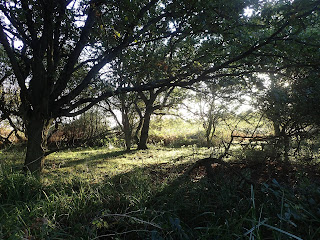