Every year there is a fungus foray at Mousehold, but it is midweek so I can't attend. After this years one I was browsing some photos from it when I noticed Benzoin Bracket (Ischnoderma benzoinum). Neil Mahler confirmed that this species had been seen on the forays since 2014(!) and was still present, growing on a stump near the Zaks car park. I decided that when I next had a bit of time free I'd stop by and have a look. 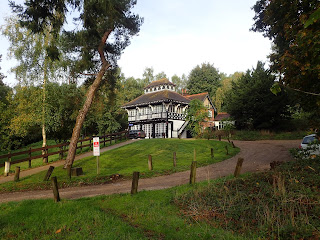 Arriving at the Zaks car park I immediately saw a huge swathe of Honey Fungus around a stump and the surrounding grassland. Checking a log nearby I noticed Redlead Roundhead and Stump Puffballs. There weren't many stumps in the area, so I found the Benzoin Bracket without too much trouble, although it was facing away from the grass so I had to check all the way round to find it. 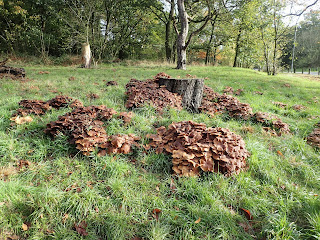 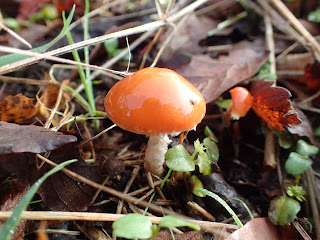 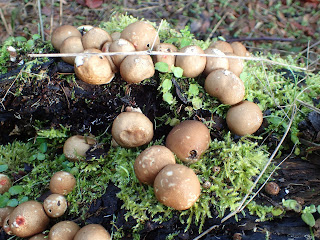 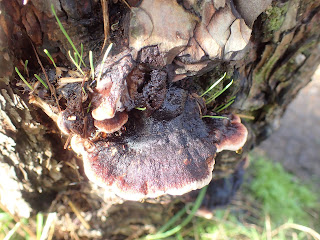 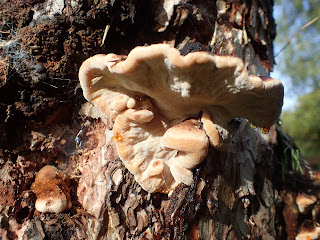 I wanted to head on to Whitlingham, but spent another ten minutes in the woods near the car park and they were full of fungi. There was an area of Shaggy Parasols and Common Funnels, plus Mycena spp, Dead Man's Fingers and several other species. I looked at some old Bracken hoping to find Bracken Club fungus, and I thought I'd found some only for it to be a small white species growing on dead grass mixed in with the Bracken. Clouded Agaric was also seen, and interestingly a clump of Glistening Ink Caps showed the complete life stage from fresh to old to turned-to-ink. A very productive spell, and there would have been much more seen if I'd had time to go over more of the site. 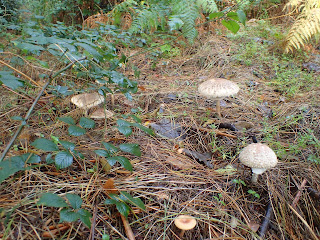 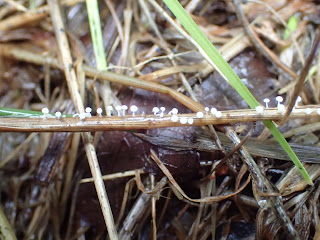 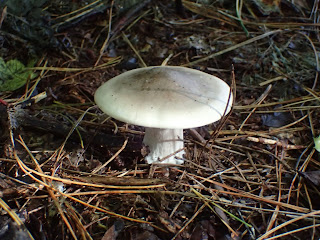 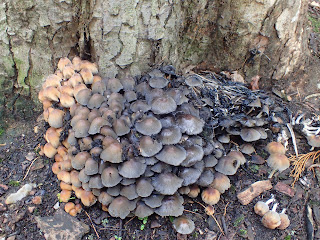