WHITLINGHAM: An overdue boat trip and lots of fungi

Back in 2012 the Broads Authority transferred the specially-commissioned solar boat Ra from Barton Broad to Whitlingham Great Broad, and since then it has been offering passenger trips around the broad every summer. I had always intended to go on one of these trips "at some point", but the circumstances outlined in my recent blog post (Changes afoot) meant that haste was needed. It was confirmed on one of the broads forums that as the Broads Authority would no longer be managing Whitlingham C.P., they would be re-homing Ra elsewhere on the Broads. Given that boat trips don't run over the winter I had a few weeks to go on one. Fortunately I made the time, and as the only one for that time slot had a very pleasant chauffered tour around the broad. 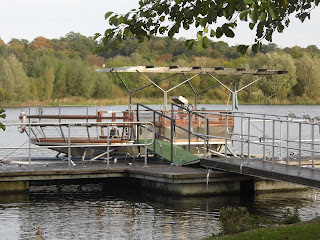 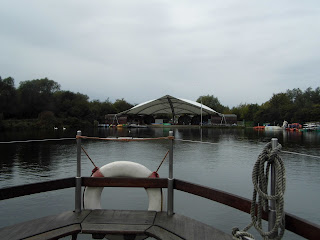 The birds seen from the boat were the expected species, a few Gadwall and Tufted Duck, Kingfisher and a Great-spotted Woodpecker on the main island. On returning I was looking at the Barnacle Goose when I noticed something resembling a Ruddy Shelduck. It didn't look quite right, and on close inspection I decided it was an Egyptian Goose x Ruddy Shelduck hybrid, which was agreed with by hybrid guru Dave Appleton. I also think this was probably the bird seen at Strumpshaw in September by David Bryant. 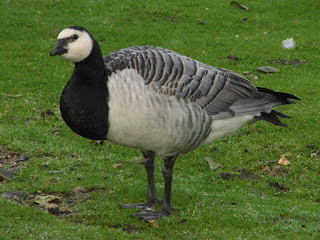 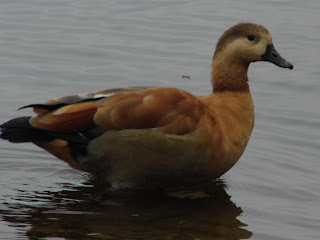 I spent a highly productive few hours looking for fungi in the wooded areas. Whilst I didn't see anything new, quite a few of the species were ones I'd not noted at Whitlingham before. These included Birch Knight, Earpick Fungus (a particular favourite of mine - it has a felty cap, spines instead of gills or tubes and grows on pine cones), Crimped Gill and Redlead Roundhead. There were also nice specimens of Freckled Dapperling and the various stages of Haresfoot Inkcap. 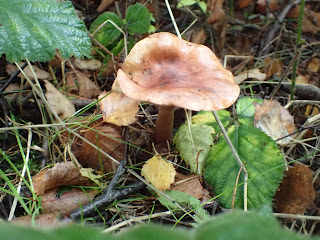 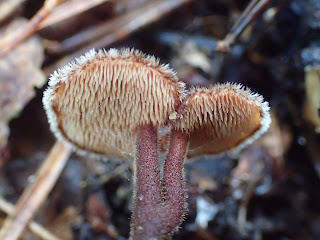 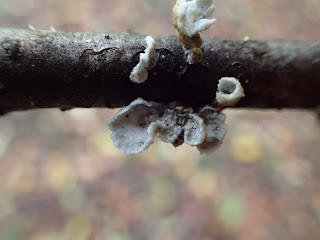 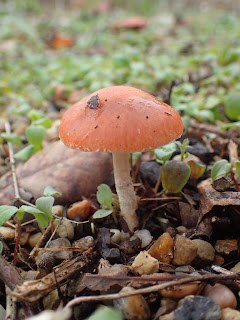 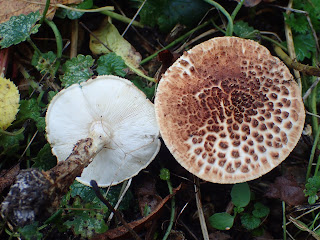 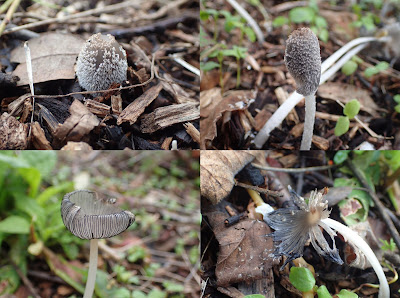 A couple of insects were of note, my first patch record of Aulagromyza heringii in Ash leaves (this leaf mining species seems to have had a very good autumn) and a bug I'd not previously recorded, Drymus brunneus, found on a bracket fungus amongst the leaf litter. 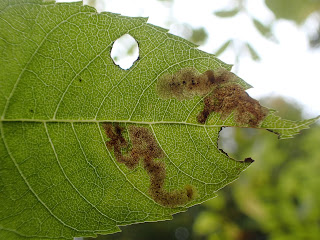 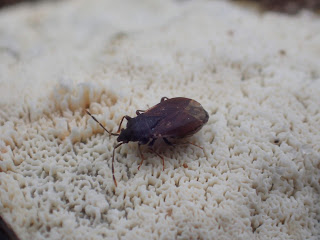