After the Strumpshaw fungus walk I had to call in at Whitlingham for the October WeBS count. A Little Egret was present in a tree in the Alders along the Little Broad and the feral Barnacle Goose was still present on the slipway, and there were several duck species, although not as many as in 2018 when at this stage last year Pochard, Shoveler and Wigeon were also present: 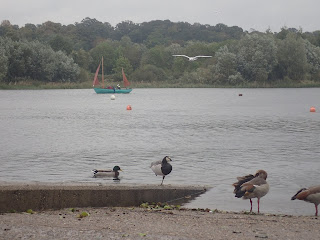 As expected there were quite a few species of fungus fruiting. One of the more interesting ones was a pale-looking Shaggy Parasol type, which Tony Leech identified as Chlorophyllum olivieri. There were several Agaricus sp(p) around, the one of which I checked was Inky Mushroom. Blue Roundhead, Ochre Aldercap and Pavement Mushroom were also noted. 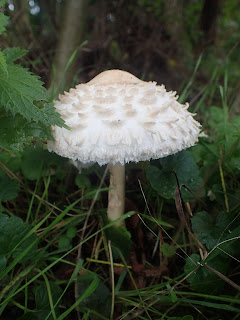 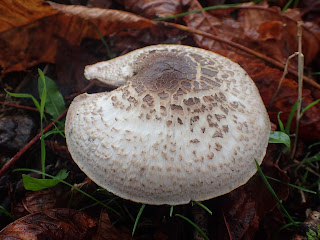 The leaf mining season is beginning to tale off a bit, but I noticed a large vacated mine on a willow that was caused by a sawfly, Heterarthrus microcephalus, my fifth species in this genus but only the second here. 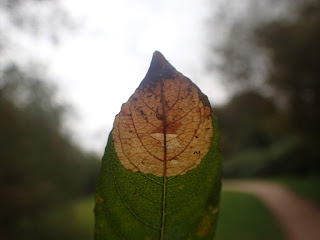