One of the species of fungi I've wanted to see for a while is the Magpie Inkcap. Last year Chris Lansdell found some at Thornham Walks, and checking out the site on the internet it sounded like a good place for a walk, so I planned in a family visit this autumn. Unfortunately the weather was against us - it was drizzly to start with but in the end it chucked it down fo much of the visit! We began with a nice meal in the cafe, a Lord Of The Rings fonted place called The Forge. After a bit of splashing in the puddles we headed off into the woods. 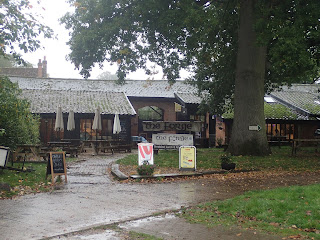 It was immediately evident that there was a lot of fungi about, but we then had to take shelter from the rain in the bird hide. From here we got good views of several Marsh Tits, whilst a Blue Tit flew onto the edge of hte hide flap and looked in at us! Several interesting sculptures were present too, including a Green Man and a carved mushroom ring. 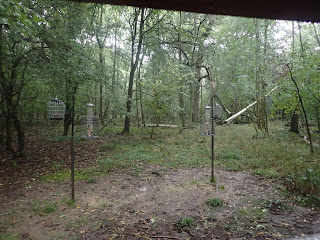 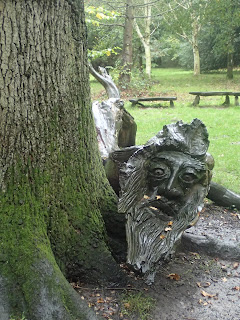 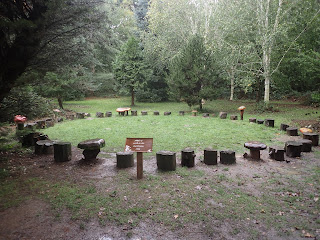 We didn't suceed at finding any Magpie Inkcaps, but we did see quite a few different species, including a huge patch of Agaricus sp, straight line of Trooping Funnels and a clump of Shaggy Scalycaps. It was a nice place, and should warrant a return visit in the dry sometime! 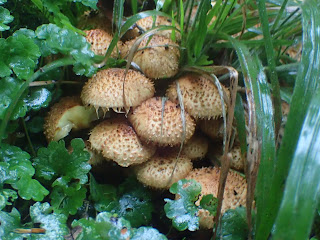 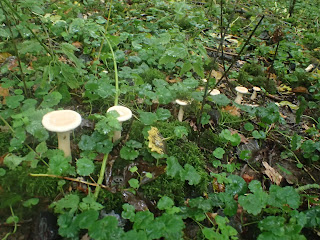