A sunny day and not too windy either, meaning that with a bit of patience I could see some insects around the back garden. As our garden is enclosed and in a row of houses, different bits get the sun at different times. Later in the summer with more flowers out this isn't really an issue, but early in the spring it means that there is a particular window for looking at flowers and preferred areas of basking leaves, which I am learning. 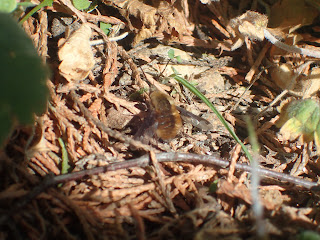 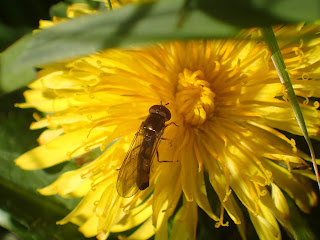 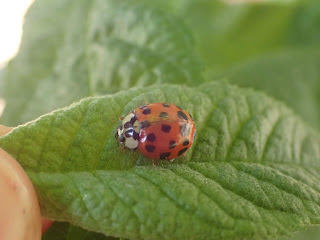 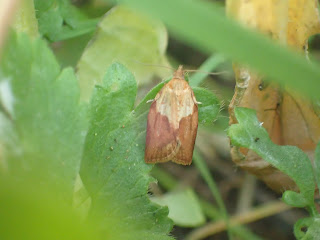 An interesting species seen but not initially identified was a thin fly on the shed that was running about rather than flying, giving it the look of a mirid bug. The suggestion online is that it is probably Tachypeza nubila, but I'll wait until I see it better to confirm that. 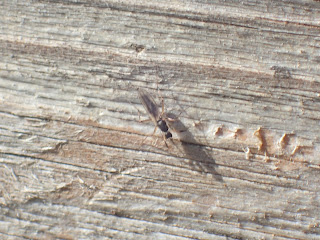 A small Staphylinid beetle also landed on Rose's sand pit, but I'm still not inclined to try to key one of those out... 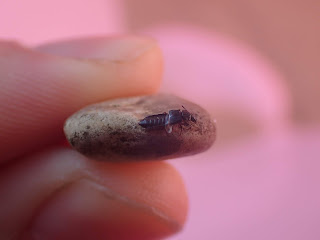