Today's spell in the garden was enlivened by a Sparrowhawk, circling low over the garden several times before drifting off further down the estate. Carrion Crows and a Pied Wagtail also flew over.

Having decided that I should start putting together the list with a bit more oomph I had a quick look at the other wild plants in the garden (other than Petty Spurge, seen yesterday whilst looking for the rust). I noted the following:

24. Daisy
25. Common Cat's-ear (leaves only)
26. Sycamore (Self-seeded having from a mature one on the other side of the road)
27. Annual Mercury
28. Round-leaved Cranesbill
29. Creeping Buttercup (leaves only)
30. Goosegrass (leaves only)
31. Herb Robert (leaves only)
32. Smooth Sow-thistle

A poke around for invertebrates added a few extra species. I found three species of Springtail but only identified Orchesella cincta - one was very non-descript and I don't have the resources to ID it, whilst the other one probably would have been identifiable if I'd have got a decent photo. Frustratingly I also glimpsed a Springtail Stalker sp, a tiny ground beetle with alien-like bug eyes. It got away before I could pot it or photograph it, but hopefully I'll find it again. Below is a picture of one from Acle a few years ago.

Other things seen were a small micro moth that looks like a Mompha sp (we have had Mompha subbistrigella in the garden before so probably that), some larvae that remind me of leatherjackets (i.e. Cranefly larvae) and a Common Flower Bug. 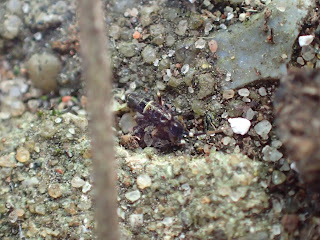 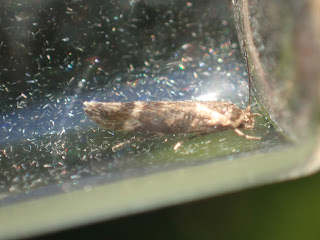 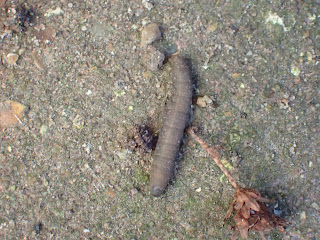