One evening after work we called in at Whitlingham where a Barn Owl had been showing regularly around dusk. We were successful, watching it distantly perched up in trees south of the lane. As I no longer tend to visit particularly early or late this was my first patch Owl for quite some time.

I was back on Sunday 8th for the WeBS count, which given the situation later in the month was rather fortunate to fall early in the month. The Little Broad was busy with canoeists, which had undoubtedly scattered the Little Egrets and anything else that would have been around the far edge. There appeared to have been some disturbance on the Great Broad too as there was only around 140 Tufted Ducks but Gary had counted about 100 more than that at the start of the day. There was a handful of Pochard too, but the highlight of the day was a Water Rail that walked across the main path around the Great Broad. A bit of hesistant Chiffchaff song heralded our first migrant warbler arrival too. I tried to quickly read a few goose and swan rings too, with one new one that had been ringed earlier in the year by the UEA ringing group. 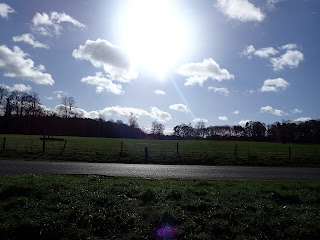 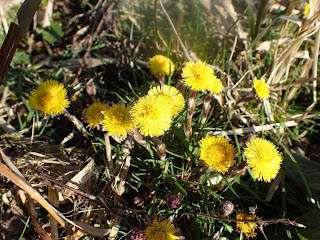