A Red Mason Bee flying around the garden avoided the camera, but was seen on several later dates too. An interesting looking insect on the back wall of the garden did have its picture taken, but it was a Wood Gnat and there's quite a lot of them, so no species-level ID there. 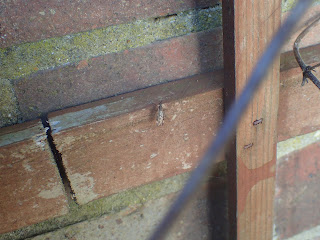 With movement being restricted there has been unusually high interest in Dandelions on Twitter, and accordingly I posted some pictures of one of mine from the back garden (there are at least three species present). It was one of section Ruderalia, the largest and trickiest section to ID, but both Josh Styles and Mark Lynes thought it was Taraxacum alatum, so we'll work on that assumption for now. 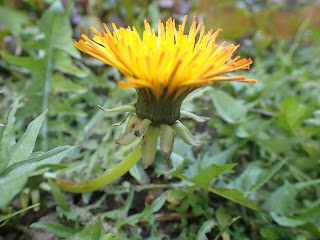 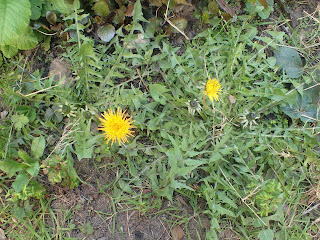 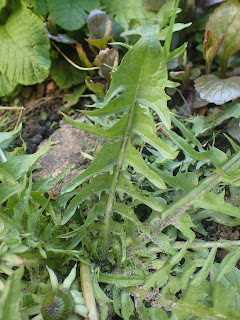 Some time spent in the garden with my daughter early in the morning paid off as I heard my first Blackcap of the year singing distantly amongst the post-dawn chorus. As the weather warmed up we stopped to watch some gulls calling overhead to see that they were mobbing a Buzzard, a 'full-fat' garden bird tick (my third of the lockdown but the first one actually seen, following Wigeon and Teal being heard flying over).

After we headed back inside I noticed a small green weevil on the wall behind me, presumably it had hitched a lift in on my jumper. The thing most noticeable about it was some huge jaws, but past that it looked like a group of about 20 similar green species. I recalled that the position that the antennae were inserted was important (one genus has them in at the side and the other one has them in at the top). This didn't look quite right, but I assumed it must be Polydrusus formosus. Luckily my error was noticed online and it was the sole member of a third genus, Pachyrhinus lethierryi, a recently spreading species I'd never seen before. This was only the seventh Norfolk record. Even better was to follow, as when I put the bins out I noticed an inconspicuous ladybird (i.e. one of the small poorly marked ones). I tentatively identified it as Rhyzobius chrysomeloides, which was later confirmed by Martin Collier. Even rarer than the weevil, this one was only the third Norfolk record. 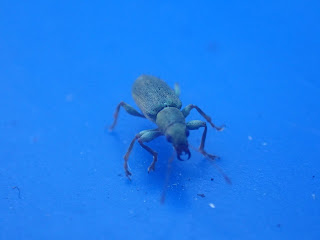 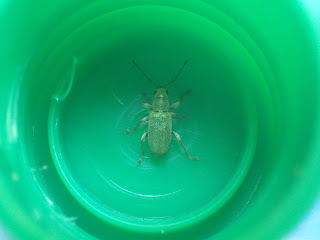 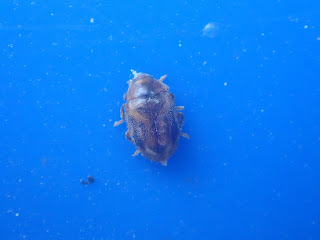