Strumpshaw had remained closed for a while after lockdown, but now with the trails open again we chose a sunny day to go for a nice family walk. It turned out that the visit was particularly productive both in terms of seeing interesting things and getting nice views. The wildlife spotting started in the car park, with several Halictus luteicollis bugs on the vegetation near the car. Moving on to he bird feeding station I noticed a harvestman, Dicranopalpus sp. This species pair are particularly distinctive as they hold the legs out straight each side of the body and have 'tuning fork' type palps. Up until fairly recently there was only one species known, but it turned out there were two very similar ones so now they have to be put down as an aggregate unless examined. 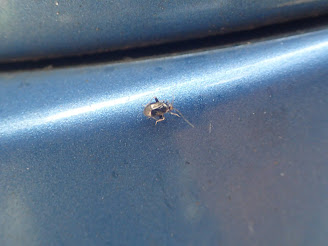 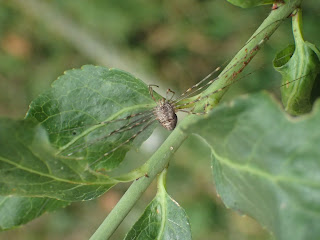 Walking along the sandy wall I was keeping a close lookout for yellow-face bees, hoping to see Reed Yellow-face. In the end I did manage to find one, but I ended up being more pleased with a second yellow-faced bee, White-jawed Yellow Face. Fortunately it stayed still enough for me to photograph the pale jaws and other distinguishing features. There was a nice patch of Marsh Pea, a fairly rare plant, and a very photographic lizard (it even stayed put whilst Rose bent down to look at it and waved it goodbye) was a highlight, as was the tiny green-and-black striped soldierfly Three-lined Soldier. 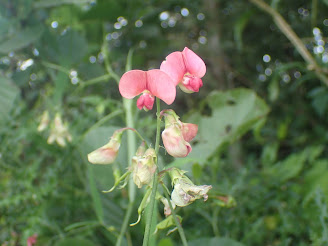 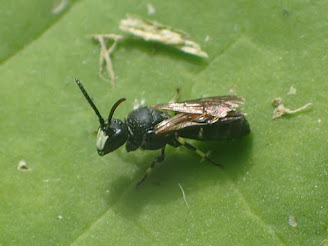 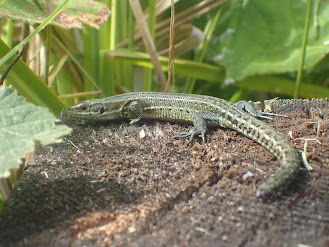 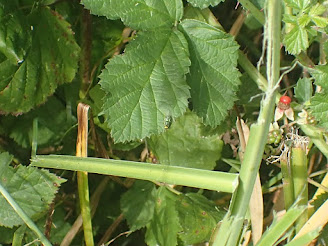 The rest of the loop round (the reserve was operating a one-way system) was less eventful, but still very pleasant with boats on the river and lots of butterflies around, including a brief glimpse of a Silver-washed Fritillary in the woodland. 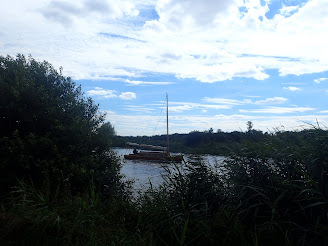