A final attempt to catch a rare migrant moth like Dark Crimson Underwing or Beautiful Marbled failed - a Red Admiral butterfly bizarrely decided to enter the trap and the most interesting thing was a weevil, Curculio rubidus, a scarce species in Norfolk associated with birch. In terms of moths the only species new for the year were Flounced Rustic and Pale Mottled Willow. 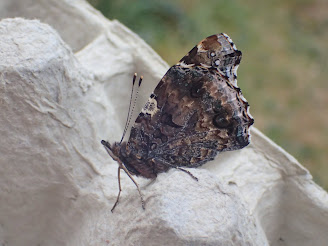 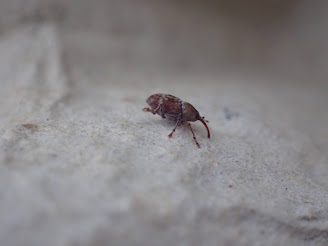 You might recall that earlier in the year I almost recorded a new bug for Norfolk having found it in a spiders web. On the occasion the wind blew it into the garden, leaving me unable to confirm which of two previously unrecorded species it was. I tried in vain to find a live one amongst the conifer litter for a while afterwards, but on 14th August I found another one, again caught up in a spiders web! This meant some painstaking removal of the spider silk in order to check the relative length of some hairs on its leg, but this done I was able to confirm the species was Eremocoris fenestratus - hopefully nobody else in the county found one in the meantime! 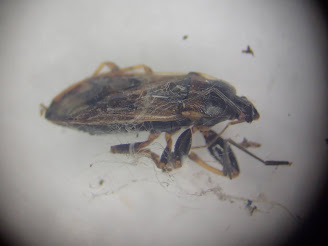