For the past few weeks people had been posting pictures of Southern Migrant Hawkers at Thompson Common. This species was formerly a rare migrant to the UK, but in recent years has colonised in the Essex and been appearing with a bit more regularity elsewhere. At Thompson reports had been of at least six males and a mating pair, so perhaps there seemed like a reasonable chance of bumping into one.

We emerged from the woods and turned our attention to a dried out pingo where many of the sightings had been made. A hawker soon flew in and perched up, but it was a 'normal' Migrant Hawker. A couple of other naturalists were also looking - one had seen a Southern Migrant Hawker in flight a few hours earlier but that was it. We spent a while watching the very active dragonflies, hoping they would land, but it appeared that everything we saw was Migrant Hawker or Brown Hawker. Trying around the corner I saw a very blue looking dragonfly, and it briefly perched up on some bur-reed, enabling me to confirm it was our target species, Southern Migrant Hawker! It gave great flight views (down to a few feet) but barely settled. My bridge camera takes a while to focus, so I had to make do with a few not-quite-in-focus record shots. We also saw one of the site specialties, Scarce Emerald damselfly. A few more people turned up, including Vanna, Jeremy & Ian, and they managed good views too. 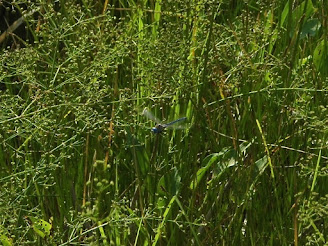 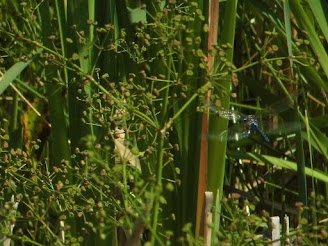 By now Rose was getting bored, so rather than explore further we headed back to the car. I had seen a water-dropwort species in the first dry pingo so double checked it was Fine-leaved Water Dropwort, a second new species of the day. A sedge generated much comment online, but was eventually decided as Carex otrubae by people much more knowledgeable than me about these things. Platycis minutus (a net winged beetle) was a nice find on the way back to the car. 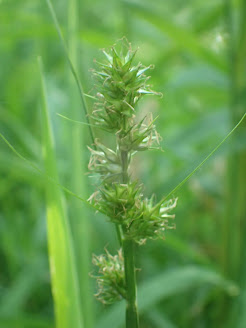 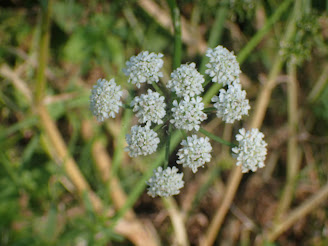 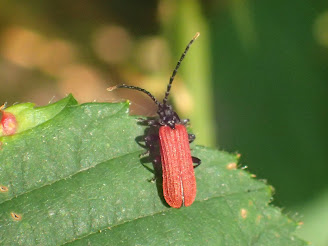 Email ThisBlogThis!Share to TwitterShare to FacebookShare to Pinterest
Labels: Dragonflies