A few more additions to the garden list. Some aphids on the Flag Iris on our small pond were fortunately one of the easier to identify species, Aphis newtoni. I was particularly pleased with our first garden record of Anthophora quadrimaculata, one of the flower bees, that was attracted to our Viper's Bugloss. Whilst most of the butterflies in the garden were White spp, I was pleased to see a Meadow Brown. Arge pagana, a sawfly, was also new for the garden. 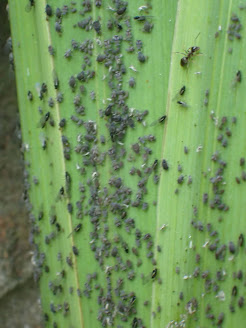 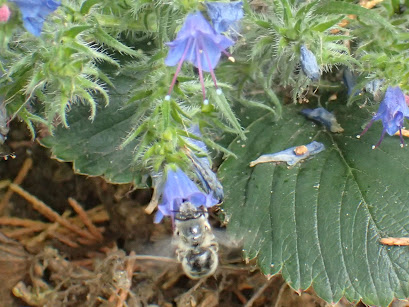 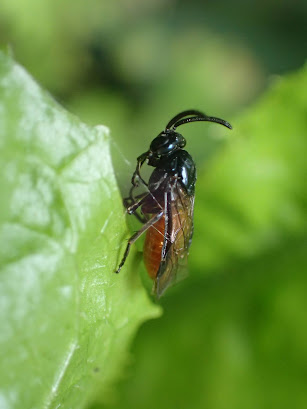 Next up was a common bug, but again one I'd not recorded in the garden before, Heterotoma planicornis. 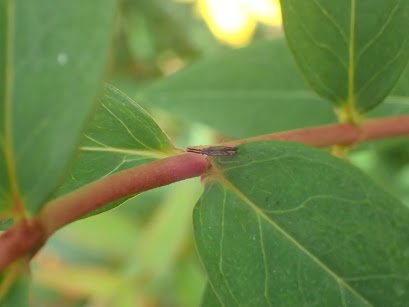 A couple of days later and there was some more additions to the garden year list, starting with a Southern hawker flying briefly around the garden. Having seen some female Sphaerophoria hoverflies before it was good to see a male one and confirm that it was Sphaerophoria scripta. A Rosy Tabby moth (Endotrichia flamealis) was disturbed from the lawn. The most interesting species was tiny beetle, with a weird-shaped head. I thought it looked a bit like a trunkless elephant, whilst the books say it is like a monk's cowl. It was a type of Furniture beetle, although having checked with Martin Collier there are apparently two similar species. 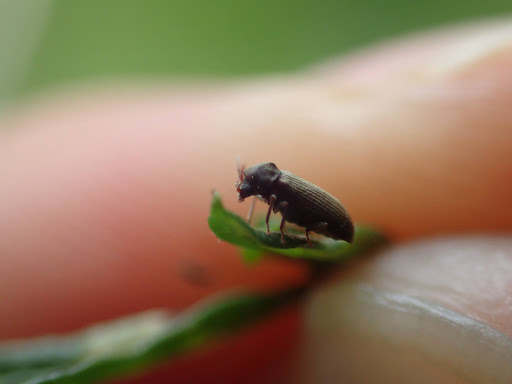