During August we spent a bit of time visiting Cathy's parents, having previously only popped round to drop off essentials. I spent some time looking around in the garden and found a good range of invertebrates, the highlights probably being two species of inconspicuous ladybird, Scymnus interruptus and Nephus quadrimaculata. It turned out that they had a Box-tree moth colony, I didn't see any adults but there was 30+ caterpillars defoliating a bush. 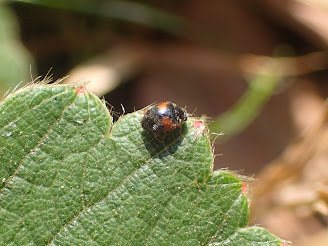 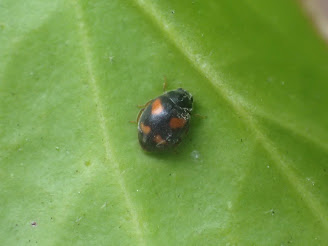 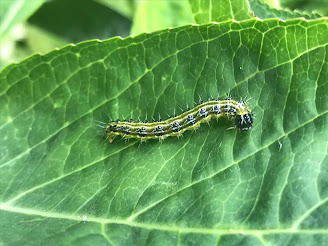 Other species of interest included a semi-aquatic beetle, Sphaeridium sp, what I think was Stenichneumon culpator, a stripy thrips species (Aeolothtrips sp), Broom Psyllid, Chrysotoxum verrallii and a Hummingbird Hawkmoth. 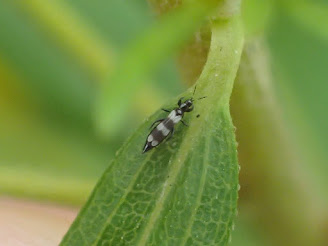 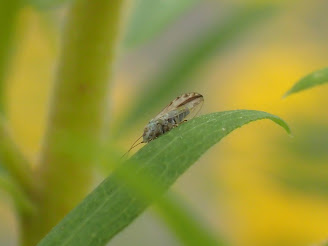 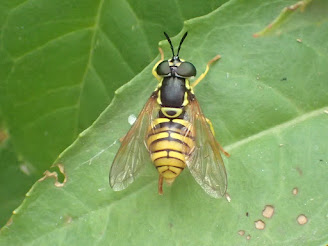 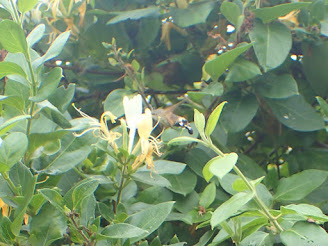 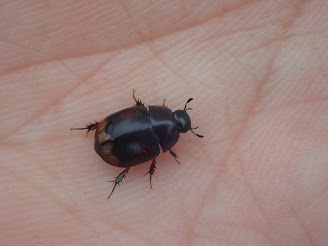 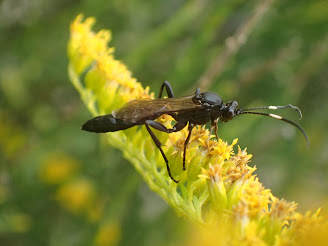