The timing of the WeBS counts meant that there was a 6 week gap between the July count and the August one, so I made time to go and have a walk round early in the month. There was the added motivation of a Lesser Emperor dragonfly photographed around the Little Broad the previous day by Gary White, but despite starting in that area there was no sign of it. Some recompense came in the form of a flyover Green Sandpiper that came up from the direction of the river and flew off over the Great Broad. Unlike my last visit there were plenty of swans around the slipway so I took the time to read some rings, managing 14 diffferent combinations.

I had considered walking up towards Whitlingham Hall and back via Trowse Woods, but as is so often the case I found too many interesting things around the CP to have to the time to complete that route. The first 'batch' of species came from the end of the Little Broad and the Alders along the path to the slipway, and included the interestingly shaped tiny fly Camarota curvipennis, the hoverfly Dasysyrphus albostriatus, the hopper nymph Eupterycybe jacunda and the plant bug Psallus salicis. 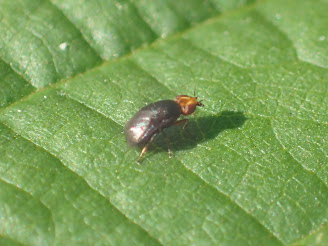 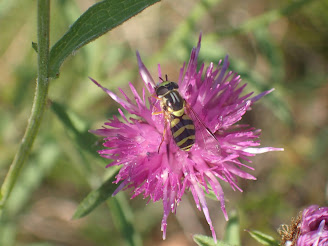 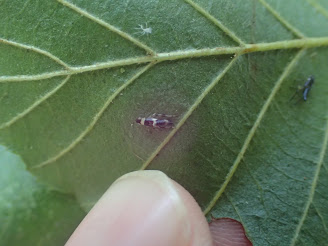 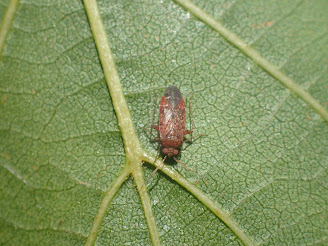 Moving on to the meadow I decided to see if Six Belted Clearwing was present in a likely area, and managed to confirm that it was indeed (a new site record). I also saw an interesting hoverfly that I was sure would be a new one for me if I could identify it. Unfortunately despite some good views I couldn't be sure that it was Cheilosia proxima - Roger Morris commented on the Hoverflies Facebook page that he doesn't think that they can usually be confirmed from photos because of overlaps with several similar species. Bee-wolf was another site tick for me nearby. 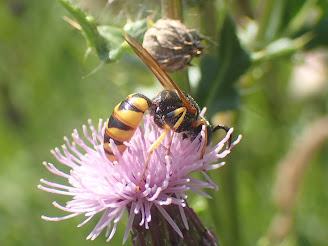 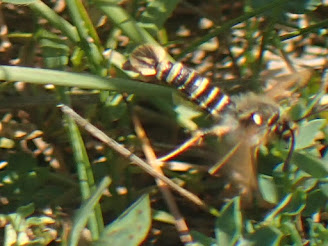 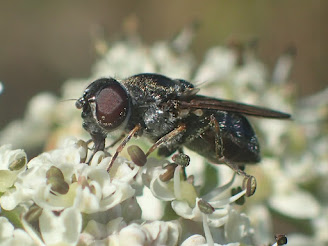 Heading for a quick walk up the lime tree avenue I had a good look at a small Oak tree, adding a beetle leaf mine to the site list (Orchestes quercus) and also Silk Button Gall, a common species that I must have overlooked here before. I saw a Eumerus hoverfly, likely to be E. strigatus here based on habitat but again not confirmable from pictures. Overall a very productive morning. 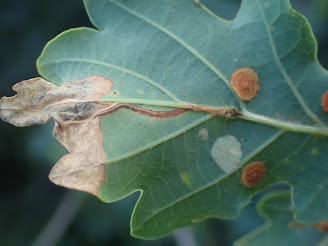 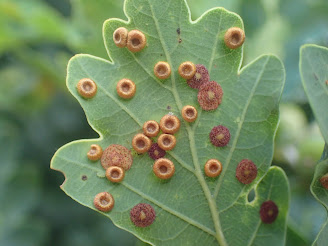 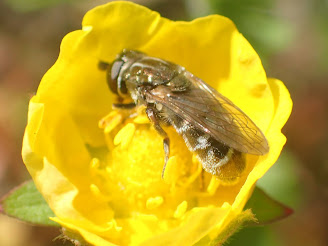