On Sunday Cathy, Margaret & I went to the Norfolk Bird &Wildlife Fair at Mannington Hall. Mannington is a lovely location, and we were lucky with the weather too. 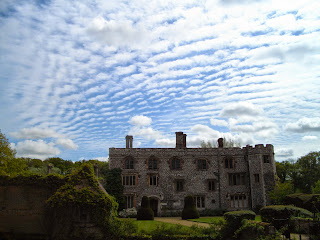 We arrived in time to see the moth traps being opened. The cold weather overnight meant a relatively small return (with the exception of Cockchafers, which came forth from the traps like Scarab beetles in The Mummy). This didn't really matter, as one of the moths that was caught was a Scorched Wing, one of my target species from last year finally seen! Powdered Quaker and Least Black Arches were also new for me, whilst Great Prominent, Pebble Prominent and Chocolate-tip were nice to see again. 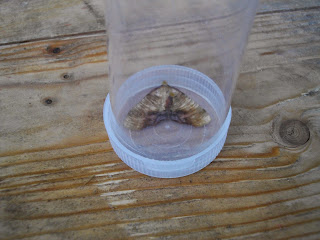 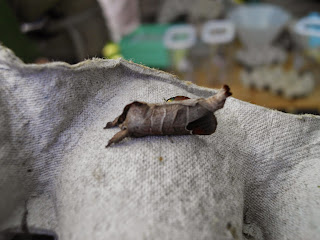 We had a look around the stalls and exhibitions, and everyone was very friendly. Before lunch we headed to the makeshift lecture theatre in the cafe, where we heard a talk from Simon Harrap about Norfolk's wildflowers. Later on we returned to hear Ieuan Evans describe the BTOs Cuckoo tracking scheme, before Bill Oddie delivered an ebullient talk about his childhood, influences and opinions on the current state of conservation. Around the site we saw Goldcrest, Coal Tit and Grey Wagtail, and in pig fields nearby there were lots of Stock Doves. We all enjoyed the day, however with many people remarking on the relatively small number of visitors it remains to be seen if the event will become a fixture in the calendar.
Posted by James Emerson