Having given Cathy a lift to Tuttington I had a couple of hours free, so I decided to visit Southrepps Common. After a slight detour (the road to Felmingham was closed so I had to turn round and go via Colby) I parked up at Southrepps. The site is actually a collection of several commons, but I concentrated on the largest one, which is an SSSI. A few yards on to the boardwalk I saw a Muntjac Deer walking off into the undergrowth, and a large frog hopped across the path. Looking at some buttercups I noticed large numbers of a tiny golden micro moth in the flowers. These were the aptly names Plain Gold moth (thanks to Andy for the ID). 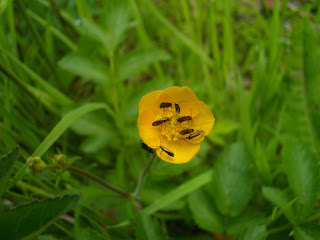 A bit further along I came to the main area of interest, a cut area containing some orchids. Being relatively early in the season all of the orchids seemed to be Southern Marsh Orchid. The site is also good for sedges apparently, but they are rather beyond my identification skills at the moment. The main species I wanted to see was Narrow Buckler Fern. I did see some tri-pinnate ferns that looked different from the Broad Buckler Fern in the nearby woods. The pinnae look right, but as the scales on the stem hadn't matured and that was the main feature I was going to use, I'm still not completely sure. Despite the likely looking conditions and sunny weather, two falcons flying overhead turned out to be Kestrels rather than Hobbies. 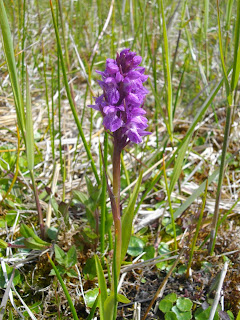 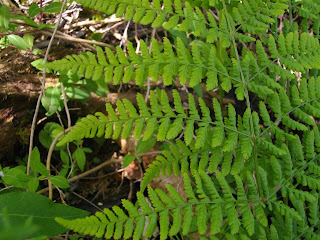 Leaving the common I headed along a public footpath through The Warren, a nearby woods. I didn't see much in the wood, but along the edge I saw Goldcrest, Whitethroat and most pleasingly a Spotted Flycatcher. Just afterwards I took a different path to the one I was aiming for, and ended up halfway between Southrepps and Trunch. Walking back I found lots of Early Purple Orchids on a couple of roadside verges, and also a Nelson plaque with 'site no. 37' written on it in pen. Do any local history enthusiasts know what this plaque is marking, and if there really is another 36+ of them around? 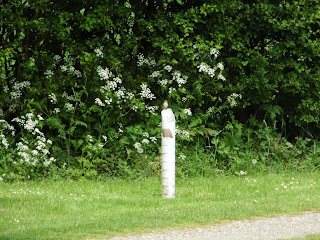 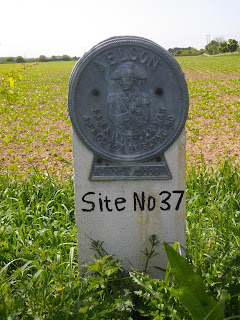 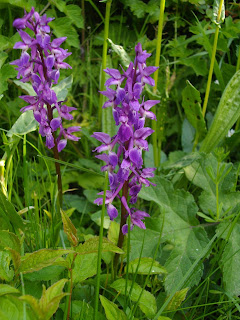