For the past few years Cathy, Margaret & I have made a point of going to see the Bluebells in flower during the spring. Our favoured location is Ashwellthorpe Lower Wood, so we set off on Sunday to have a walk round. The Bluebells were out in abundance, and there was also a lot of Early Purple Orchids, Bugle, Wild Garlic, a single Twayblade and many other woodland plants. 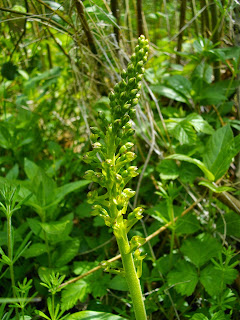 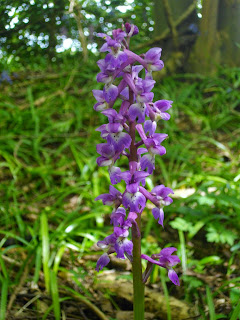 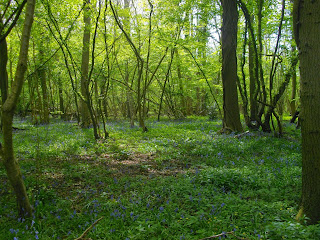 Being an ancient woodland there were also lots of invertebrates to look at too. A particular target of mine was the Ramsons Hoverfly, a specialist species associated with Wild Garlic. Cathy was the first to find one, and we found quite a few after that. I managed to find the egg of an Orange Tip butterfly on some Cuckoo Flower, and there were many adults flying. Small nymphs of Dark Bush Crickets, Common Green Shieldbugs, Dock Bugs and Red-headed Cardinal Beetles were picked out, and I saw another new species in the form of a Kidney-spotted Ladybird on a tree trunk. 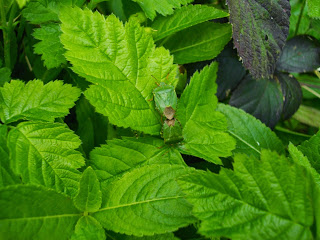 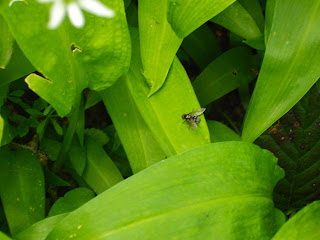 We didn't see too many birds, but did get good views of a Nuthatch, Blackcap and Chiffchaff, whilst a Green Woodpecker yaffled unseen.
Posted by James Emerson