On Sunday the Friends of Earlham Cemetery had scheduled a guided walk looking at plants and insects. This plan was rather affected by the steady rain, but we still went round, mainly looking at plants but also noting any insects we did find. In the background we could hear the music from the second day of Radio 1's Big Weekend, although when Cathy & I were there on Saturday it seemed to be the DJs at the cocktail bar that were making more noise than the bands.

Heading over to the north-east corner of the cemetery we saw Meadow Saxifrage and Cuckoo Flower growing, and stopped to talk about the nail galls growing on the Lime trees. Whilst sheltering under a lime I spotted a tiny micro moth that turned out to be my first Lime Bent-wing. Further along we were shown the hybrid of Wood and Water Avens, and Ian explained the differences between Spanish and English Bluebells (most in the cemtery are Spanish). 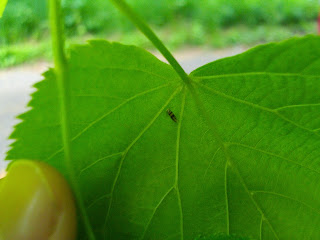 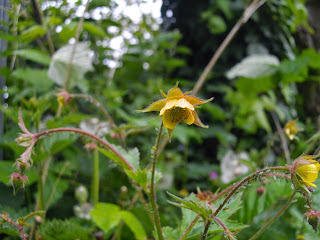 Other interesting things that we saw included cherry galls growing on Oak catkins, Salad Burnet leaves (it was mentioned that this plant tends to get cut down every year before it flowers!) and we finished the walk at the pond in the memorial garden. Here Large Red and Azure Damselflies had just emerged and were being battered by rain drops. I noticed another tiny micro moth on a fern nearby, and identified it at home as Fern Smut moth, an under-recorded moth, indeed this appears to be the first TG20 record. Thanks to Stuart and Ian for their expertise and local knowledge in leading the walk. 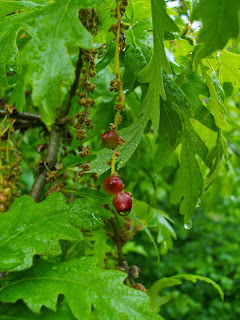 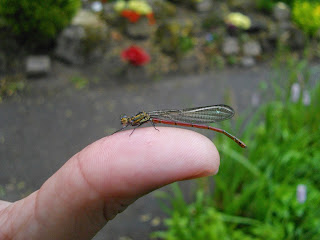 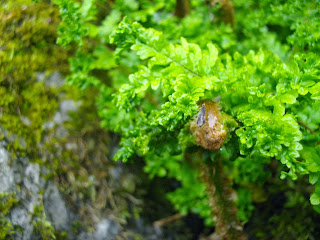