After leaving Weeting, we called in at Lynford Water. This area of former gravel pits has a nice sandy bit of heath that is one of two Norfolk sites for Early Colletes (Colletes cunicularius), a species that Jeremy and Vanna had tried and failed to see twice before. The weather had warmed up nicely, so we were optimistic that it would be third time lucky.

Walking down the path from the car park we saw a Melangyna hoverfly. Fortunately it was one that can be identified from photos, Melangyna lasiophthalma, which was a new one for me. A pair of furry flies were mating on the ground a bit further along, but rather than Bee-flies these turned out to be a tachnid fly, Tachina ursina, which was also new. 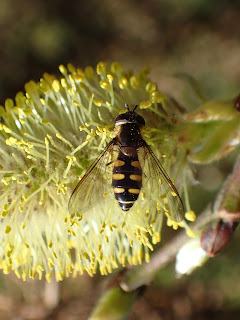 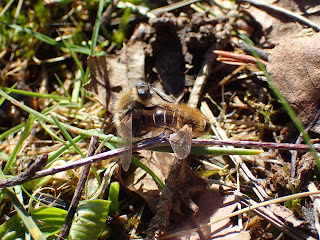 Our target bees mainly nectar on Sallow pollen, so we moved along to check out the trees along the waters edge. Small Tortoiseshell and Comma butterflies were seen, along with two more new insects, another tachinid, Gonia picea, and an ichneumon, Diphyus quadripunctorius. 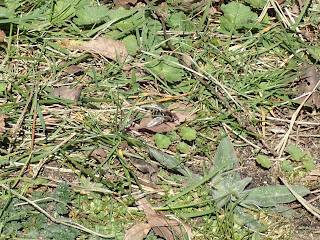 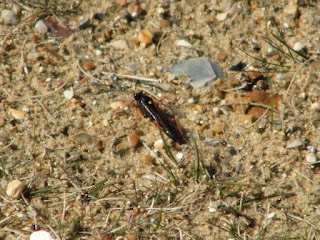 After a few 'probables' feeding high up on the Sallows, we began to see male Colletes skimming low over the turf. They were very hard to get a good look at, but further along we found some holes, and when a female emerged she was immediately pounced upon by multiple male bees. Once mating they were easy to observe, and we got great views. 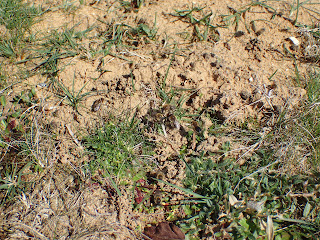 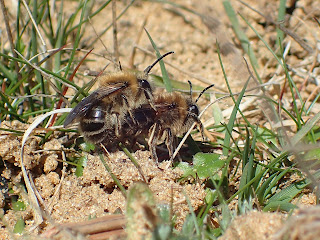 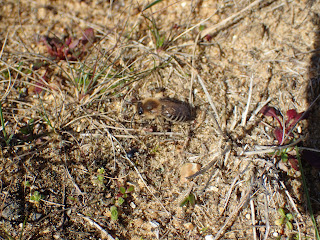 After stopping for lunch we slowly made our way back to the car, checking the sallows again. There were lots of insects, the best of which were an Early Nomad Bee (Nomada leucomelaena), a Myopa sp and a Large Gorse Mining Bee (Andrena bimaculata). 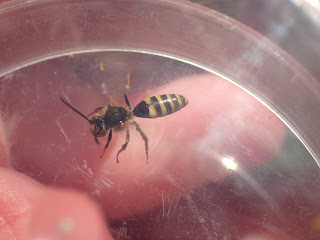 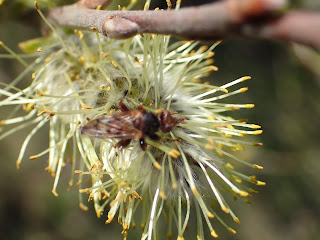 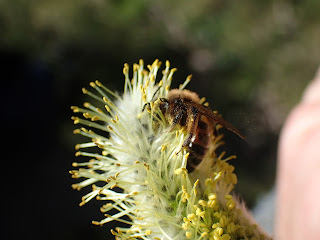 A very successful trip in terms of finding our target and lots of other species of interest. Thanks to Jeremy, Vanna and Ian for their company and insect spotting skills.
Posted by James Emerson