I had a chance to pop down to Whitlingham in the morning, but as became something of a trend I had to contend with rather poor visibility due to fog hanging across the water. A hirundine flock contained my first Sand Martins of the year, and eventually I picked out a House Martin too. I noted a Common Gull on the Great Broad - these will soon be moving on. 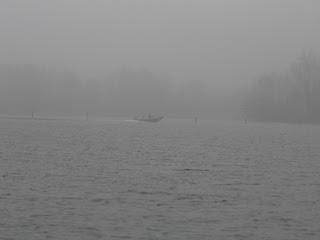 The highlight of my visit was a Grey Wagtail near the slipway, initially interacting with a Pied Wagtail, before I obtained excellent views as it perched up in a tree overhanging the water. 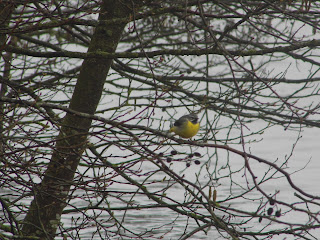 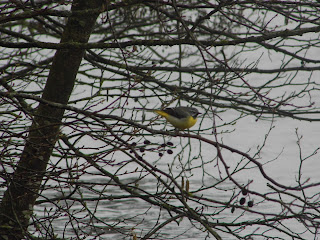