Last year I didn't attempt any moth trapping* at home, but now as I'm often awake early morning I thought I should really start and see what I can find in the garden. Initial attempts weren't promising, probably mostly due to light pollution from the nearby streetlights, but also due to a lack of established plants too. The first trap had nothing, the second also nothing but a Dotted Border resting nearby on the wall. The third attempt saw and Clouded Drab and Hebrew Character, whilst the steady improvement continued recently with four species - the previous two plus 2 Common Quakers and a Double-striped Pug. 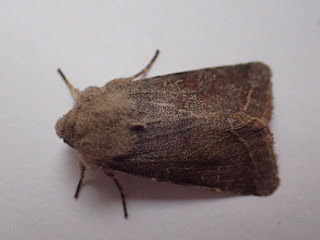 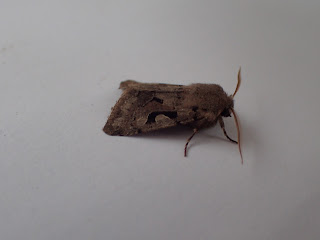 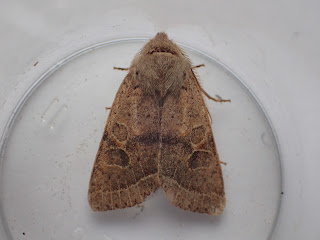 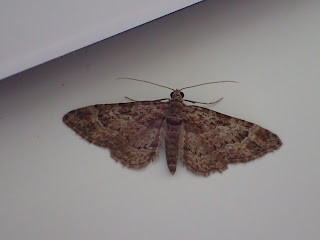 I'm lucky to know several other people who moth trap in the city and who catch more interesting things than I do. In particular James Lowen invited me round to see a Red-green Carpet, a lovely greenish species with variable red streaks that I've wanted to see for a while. James also had a Satellite which was another new species for me (if you look closely you can see the small white dots either side of the big one that give this moth its name). 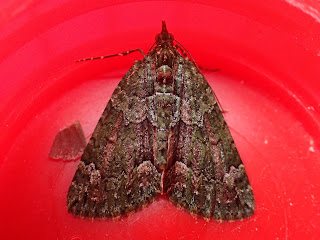 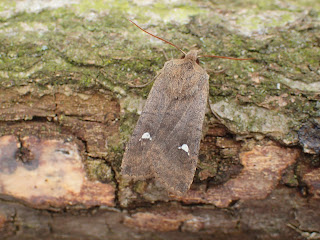 Gary White had also caught a Red-green Carpet over the weekend, but the other species he had of interest to me was a Twin-spot Quaker. Brindled Pug, Early Thorn, Herald and Early Grey were also things I can only hope for in my garden. Still, you never know. Thanks to James and Gary for allowing me to come and have a look at these species. 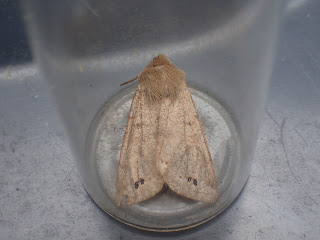 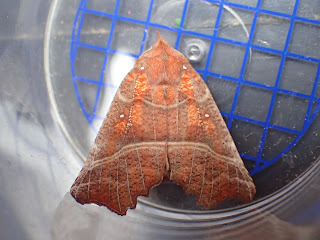 * For those unfamiliar with moth trapping, my moth trap is a Skinner trap - effectively a light over a box, and is a commonly used and non-lethal way of monitoring moths.
Posted by James Emerson