Sunday was April WeBS count day, and an early morning text from Gary to say that a drake Mandarin was present on the Little Broad sounded promising. As I headed to Whitlingham the fog got thicker, to the point where the far bank couldn't be seen. I couldn't see the Mandarin, but I probably wouldn't have been able to see the Mary Celeste let alone a small duck. My first patch Sedge Warbler of the year was singing from near the watersports centre.

Moving on to the Great Broad the visibility had decreased further - there was no point looking through the telescope and had it continued at that rate I would have struggled to see the telescope. Gary called and told me that he had seen a Little Gull and Common Sandpiper on his way round earlier, so we met up and waited to see if the fog would clear. Eventually, and after a sort of fog hokey cokey of it coming and going, it did and the count could resume. Two Common Sandpipers were seen, along with 3 Common Terns. 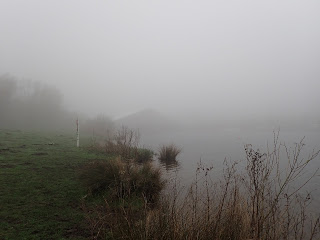 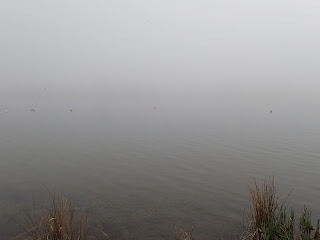 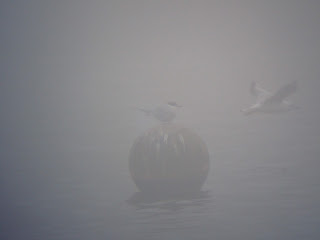 Once the fog had fully lifted we walked back along the south shore when Gary noticed his Little Gull. Whilst we looked at it we saw another two, then realised that a large part of the gull flock were Little Gulls! Initially 17, then we noticed 21! An amazing sight as they swept back and forth over the broad in waves. Almost every time we counted we found another one - at the time we thought that we were missing ones sat on the water, but it seems more likely that they were still arriving. Justin arrived about 15 minutes later, and scanning across there were now 29 Little Gulls, thrashing the previous site high count of 9 (back in 2005 - my previous highest count was 3!) Fortunately the flock stayed throughout the afternoon and was admired by many local birders, with numbers peaking at 35. The gulls were also accompanied by two Arctic Terns. 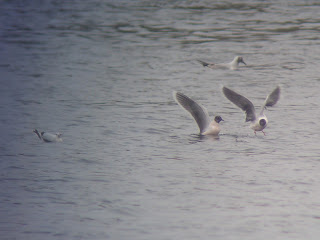 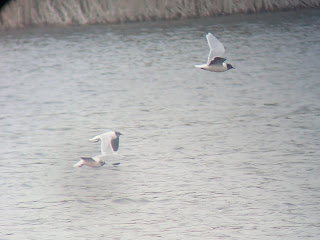 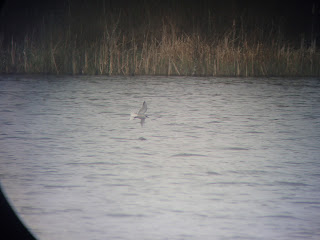 What had started out as an unpromising spring count turned out to be a great patch experience that will live long in the memory.
Posted by James Emerson