Breckland has a range of rare plants, but many of them are restricted to a handful of sites, and even when you are in the right place they can be hard to find. I was therefore delighted when the Norfolk Wildlife Trust held a spring flora walk at Weeting Heath, which as far as I know is the only place in Norfolk where Spring Speedwell grows. The area where this plant, along with other scarce speedwells (Fingered Speedwell and Breckland Speedwell) is on arable land just off the reserve boundary but managed by the reserve staff. This area, like most of the reserve, has no general public access. The only slight problem was the recent weather - the late spring meant that only one of the three species was in flower.

Having picked up Ian, Jeremy and Vanna we arrived at Weeting to a sunny but cool morning. James the warden took us across the road and we spent two hours looking at the speedwells, seeing several flowering Fingered Speedwells and leaves of the other two. 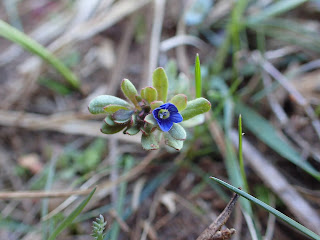 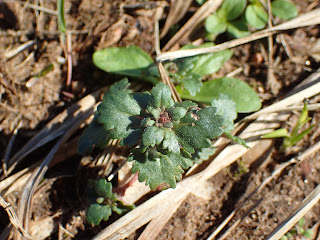 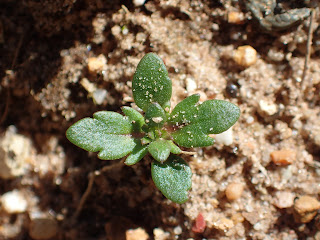 I had been hoping for one of the scarcer shieldbugs or Coreid bugs, but did manage a Stiltbug, Neides tipularius, and a sawfly, Dolerus gonager. I also noticed some small spiky weevils that I think must be Otiorhynchus ovatus. 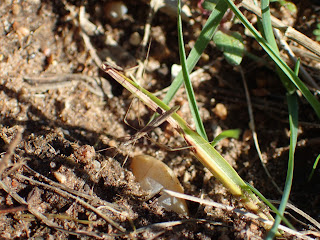 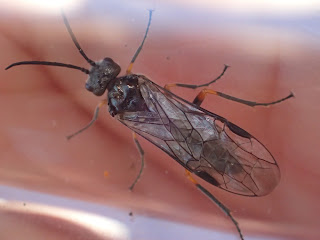 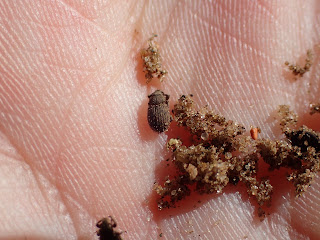 Back in the car park a Brimstone flew past, my first butterfly of the year. James showed us some bark mines that he had found in a young Oak tree. They are the sort of thing that must be going overlooked in the county, looking like faint veins in the bark. There are two possible causers, Ectoedemia atrifrontella and Ectoedemia longicaudella. Both would be new to Norfolk, although the undetermined mines have also been seen at Santon Downham. As we went to get in the car Ian looked down and noticed a Sooty Cup fungus (Helvella leucomelaena) growing beside the car! Thanks to James for running the walk. 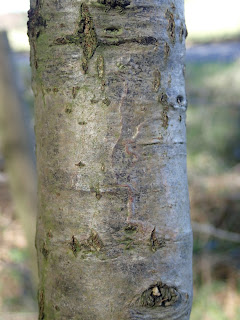 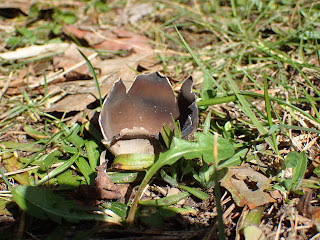